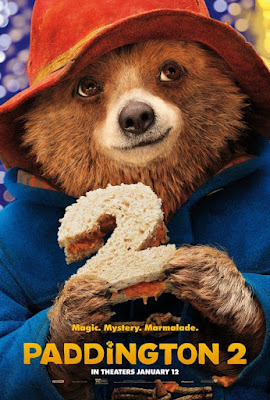 1) PADDINGTON 2 – Modestly released in North American theatres last January, director Paul King’s superlative sequel to his clever 2015 surprise hit adaptation of Michael Bond's beloved literary icon is a flat-out miracle. Channeling the fantastically-realized, quirky world-building of Wes Anderson and Jean-Pierre Jeunet, along with the enduring sight gag virtuosity of silent legends Chaplin and Keaton, this dazzling and joyful family entertainment frankly put the increasingly back catalogue-obsessed Disney to utter shame in 2018. A timely and gently stirring argument for diverse communities and inclusiveness, the picture wears its big heart on its sleeve while also delivering an abundance of unexpected delights, from MVP Hugh Grant’s deliriously bonkers villain performance to a thrilling, impeccably-constructed third act guaranteed to kick-start the waterworks. An unlikely hero if ever there was one, Paddington 2’s soulful and optimistic little marmalade enthusiast proved a priceless tour guide to follow on the year’s most fulfilling and magical journey.


2) THE BALLAD OF BUSTER SCRUGGS – The Coen brothers are famous and adored for dodging easy categorization. It’s fitting then, that their first foray into the Netflix arena should prove such an oddball triumph, rife with fevered flights of fancy, deliciously macabre humor and blindsiding emotional gut-punches. A mesmerizing collection of Western-flavored vignettes delving into all of the duo’s favorite philosophical musings - morality, death, the consequences of choice and the harsh randomness of the universe – The Ballad of Buster Scruggs reimagines its classic movie-land tall tales in visually lush and consistently ingenious offbeat style. From the gleefully sociopathic singing outlaw pleasures of its opening Looney Tunes-like instalment, to the enigmatically foreboding Gothic carriage ride that brings the film home, this eminently rewatchable anthology meticulously projects the spirit of the west through a brilliantly fractured prism. 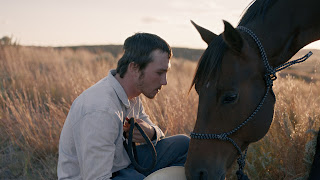 3) THE RIDER – Blurring the lines between documentary and fiction, writer/director Chloe Zhao’s moving examination of a young cowboy at a career crossroads was a surprise jaw-dropper. Loosely based on lead actor Brady Jandreau’s own traumatic story, which saw his own rodeo star promise brutally thwarted by a nearly fatal injury, this delicately meditative fly-on-the-wall narrative – which features several key players portraying their own real life counterparts – allows deeply intimate access to its protagonist and the very specific world he occupies. A fascinating window into the unfortunate realities of small town American cowboy culture, where options are few and far between but youthful feelings of invincibility run rampant, The Rider is poetic and soulful; a sensitive exploration of masculinity and the pain of dreams cut short by circumstance.

4) BLACKKKLANSMAN – After a somewhat inconsistent rough patch gifted provocateur Spike Lee roared back into theatres with this passionate, engrossing and sometimes flat-out hilarious account of Chicago police officer Ron Stallworth’s infiltration of the Ku Klux Klan in the late 1970s. Unflinchingly tackling the most disgusting depths of racism head-on, Lee and leading men John David Washington and Adam Driver take a sharp satirical scalpel to the absurdity of the KKK (Topher Grace as David Dukes is borderline genius) while also underscoring exactly what makes them so incredibly dangerous. Both a top-flight procedural drama and a galvanizing social commentary, BlacKkKlansman sees Lee at his most focused in years; playful, technically daring, witty, angry and more than willing to intellectually tear down the very origins of narrative cinema in order to get his essential point across. 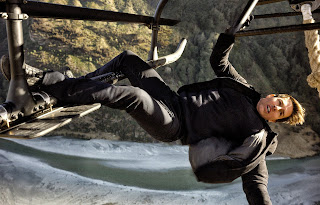 5) MISSION: IMPOSSIBLE – FALLOUT – Remember the innocent days of 1996 when Tom Cruise hanging from a ceiling was the height of suspense? What a difference two decades and four ante-upping sequels makes! Helmed by returning Rogue Nation writer/director Christopher McQuarrie, Fallout isn’t just a sensational Mission: Impossible picture; it’s among the most amazingly skillful and exhilarating silver screen action epics of its time. With McQuarrie amping up his game to unbelievable new heights, Cruise has finally found the perfect partner to aid him in his mind-boggling quest to achieve superhuman record book glory. A 150-minute freight train of armrest-gripping spy-jinks, this cinematic showstopper works overtime to push the wow!!!-factor, leaving you breathless, giddy and ultimately baffled as to how the series could possibly get any cooler.

6) HEREDITARY – There’s no shortage of horror movies that’ll make you jump. But only a small number have the ability to worm their twisted way into your psyche and leave you genuinely shaken and disturbed. Hereditary, directed by first time writer/director Ari Aster, manages that unsettling feat and then some. A cracked portrait of a family falling prey to a terrifying combination of supernatural phenomena and mental illness in the wake of a relative’s death, this ghoulish genre great avoids the predictable like a shrieking demon avoids a crucifix. Buoyed by wrenching, spiraling performances from Toni Collette and Alex Wolff, Aster’s grandly orchestrated nightmare propels us through its darkest inner recesses, provoking us to question the nature of what we’re witnessing, and inducing cold, numbing dread over the ghastly presences lurking just outside the frame. 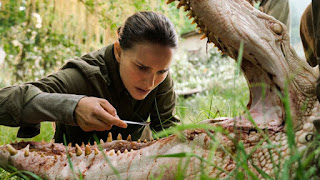 8) IF BEALE STREET COULD TALK – If his Oscar-winning triumph Moonlight didn’t already make the case strongly enough, If Beale Street Could Talk solidifies writer/director Barry Jenkins as one the premiere masters of ‘the scene.’ There’s not a single moment throughout his James Baldwin adaptation that doesn’t course with life, and he’s fearless in his painterly ability to shift moods and tones in service of his characters and their struggles. Drawing towering turns from an incredible cast (which includes KiKi Layne, Stephan James and Regina King), Jenkins’ tragic romantic period piece is a poignant high-wire dance, scored to Nicholas Britell’s melancholy jazz riffs, that pulses with truth, love, regret and outrage. 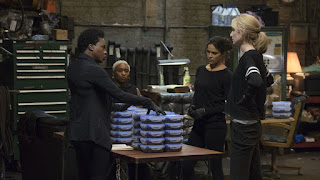 9) WIDOWS – You certainly can’t blame lauded director Steve McQueen for wanting to have a bit of fun, coming off of a trio of downer tour de forces with Hunger, Shame and 12 Years a Slave. Turns out, he's just as adept at crafting cracking thrillers as he is gut-wrenching drama! Collaborating with Gone Girl screenwriter Gillian Flynn, McQueen and his murderers’ row of acting powerhouses (Viola Davis, Elizabeth Debicki and Daniel Kaluuya are especially remarkable) treated audiences to the type of smart and sophisticated adult-geared studio entertainment that so rarely winds up in theatres anymore. That Widows was met with such a cold reception is borderline criminal.

10) EIGHTH GRADE – We go to the movies for many reasons; for laughter, scares, excitement, wonder... Rarely, however, do we attend with the desire to crawl under our seats in mortified sympathy. First time writer/director Bo Burnham accomplishes this objective several times throughout his attention-grabbing debut, which chronicles the day-to-day existence of 13-year-old Kayla (a courageous Elsie Fisher) as she drags herself through her final hellish week of middle school. A perfect 21st century companion piece to Todd Solondz’s 1995 cult fave Welcome to the Dollhouse, Eighth Grade is as amusingly perceptive (Josh Hamilton’s clueless, well-meaning dad is a riot) as it is uncomfortable, the rare coming-of-age dramedy that makes you want to pour gasoline on your lingering childhood nostalgia.

Honorable Mentions: BAD TIMES AT THE EL ROYALE, THE FAVOURITE, FIRST REFORMED, MANDY, SPIDER-MAN: INTO THE SPIDER-VERSE, WON’T YOU BE MY NEIGHBOR?
Posted by Cam Smith at 8:17 PM