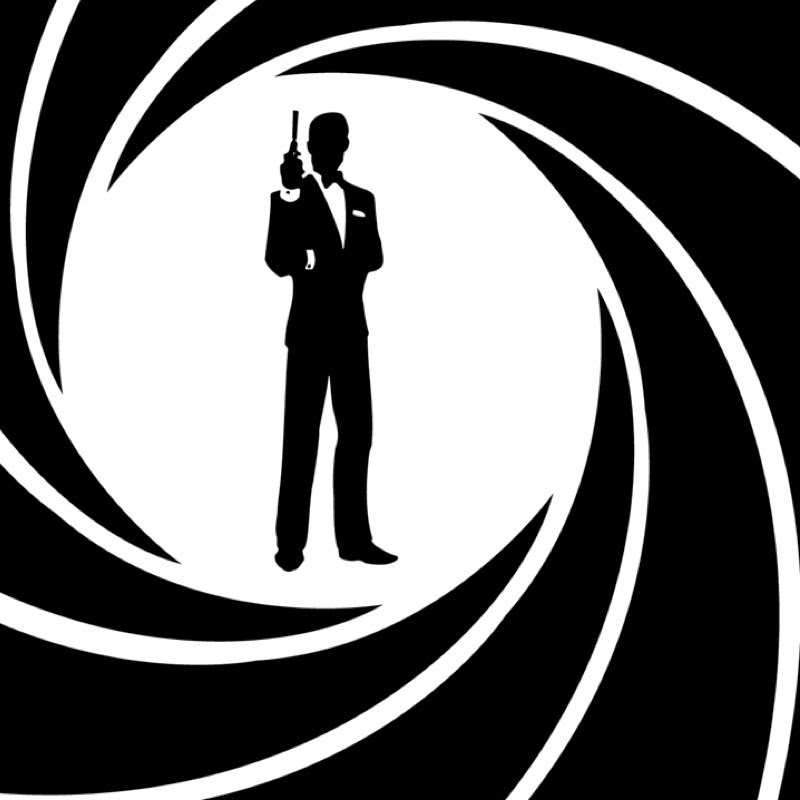 Over the course of 23 motion picture spectacles, James Bond has encountered nearly every brand of bizarre, unforgettably sadistic foe humanly possible. However, what about the ones that failed to not only kill 007, but also live up to the rich pantheon of antagonists past? The evildoers destined to have their names forgotten and be regarded as mere footnotes in the long-running franchise’s fifty-plus year history? With the passing of Louis Jourdan, Octopussy’s silkily sinister Kamal Khan, on February 14th, and continuing reports of the currently shooting 24th entry Spectre – which will feature Christoph Waltz as perhaps the latest iteration of Blofeld – grabbing fan attention, now seemed like an appropriate time to call out the series nemeses who failed to do just that! These duds proved that, when it comes to tangling with MI6’s favorite son, pretty much everybody does it better. 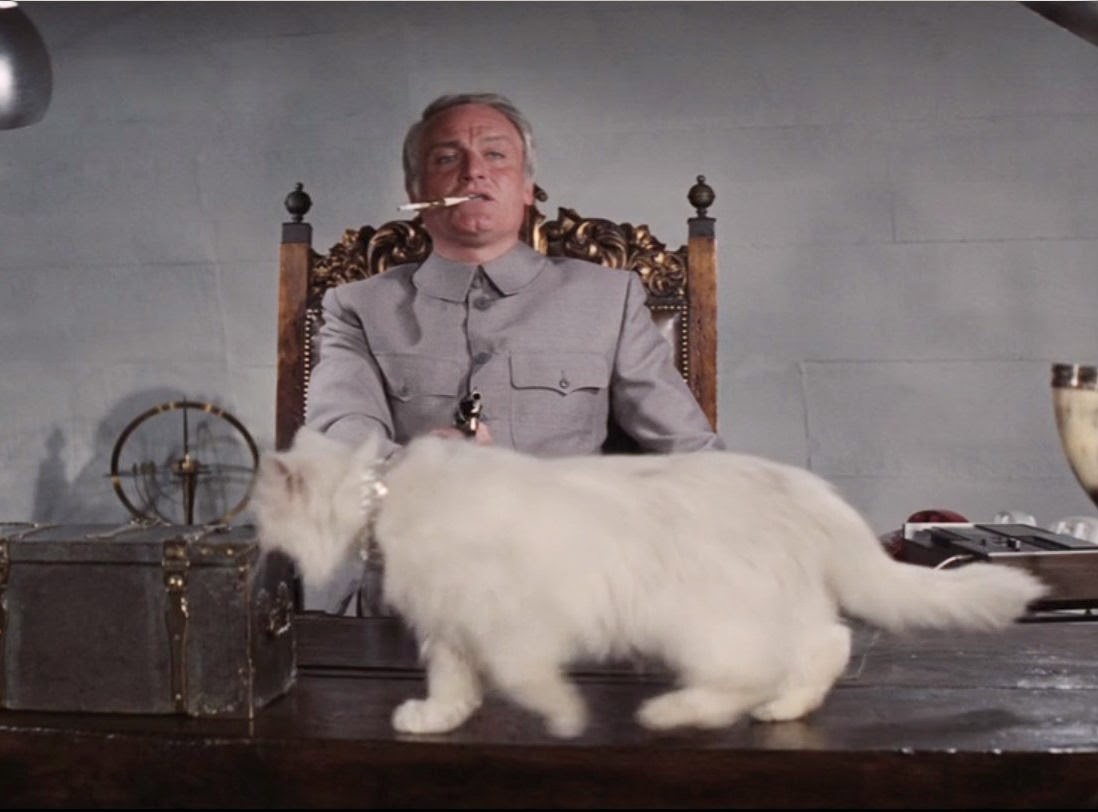 The scheme: Using a weaponized satellite made of diamonds to destroy the nuclear stockpiles of major superpowers and achieve world supremacy.

Best stab at villainous dialogue: “As La Rochefoucauld observed, ‘humility is the worst form of conceit.’ I do hold the winning hand.”

While it’s understandable why Gray was tapped to be the fourth actor to assume the role of Bond’s most iconic megalomaniacal adversary, given his fun supporting role as our hero's extremely British contact Henderson in You Only Live Twice, he’s just too much of a lightweight to follow the talents that preceded him. Lacking the creepy weirdness of Donald Pleasence or the brutish, imposing arrogance of Telly Savalas, Gray’s Blofeld is, instead, mostly just a campy, stuffy, dim-witted fop who’s all talk, and very little intimidation. Certainly the subpar film he’s stuck in does him no favors – it’s hard to be threatening when you’re dressed in drag or having silly conversations with doubles – but the actor lacks the gravitas to pull off a role with so much fearsome baggage and expectations. There’s a reason, when it comes to discussing Blofeld’s legendary status, few ever mention Gray’s contributions. Okay, maybe the drag part…

The scheme: To horde Bolivia’s water supply and strong-arm the country into paying him an exorbitant rate for its usagezzzzz….

Best stab at villainous dialogue: “Please don't talk to me like I'm stupid... It's unattractive.”

Unlike Gray, you can’t blame the casting for this one! Amalric, so astonishing in Julian Schnabel’s The Diving Bell and the Butterfly, seemed, on paper, the perfect follow-up to Casino Royale's Mads Mikkelsen. What a difference a writers strike and poorly thought out plot makes. Playing a barely there character, the actor does his best bug-eyed Roman Polanski-gone-batshit impression, only to be completely let down by a complete absence of material to chew on. The whole environmentalist-gone-wrong angle was a fun concept – coming shortly after the success of the 2006 Oscar-winning documentary An Inconvenient Truth – yet Greene is just totally devoid of interest (his oily Goldfinger-homaging murder of agent Strawberry Fields is unearned), going about his boring schemes that the audience couldn’t be less invested in. Bolivian water conspiracies? Yeesh. It’s telling that the most memorable aspect of this villain is that he screams like a frantic chimpanzee when he fights and ultimately dies unceremoniously off-screen. In retrospect, Javier Bardem really, really didn’t have a tough act to follow come Skyfall.

The scheme: To get hold of the Automatic Targeting Attack Communicator (ATAC) device, which coordinates the Royal Navy’s Polaris submarine fleet, and hand it over to the KGB.

Unlike Diamonds Are Forever and Quantum of Solace, For Your Eyes Only is actually a really fun and exciting James Bond adventure! At least, that is, until you get to the primary antagonist. Portrayed by British classical stage actor Glover (who couldn’t look less like someone named Aris Kristatos), this evil Greek businessman vanishes from your mind almost the second the credits roll. Which is quite an accomplishment, given that he concocts one of the coolest attempts at offing 007 ever by tying him to a speed boat and repeatedly dragging him over a shark-infested coral reef. What else does he offer, though? A weird fixation on his teenage ice-skater protégée? Sweet facial hair? And, uh... Well, that’s probably about it. Perhaps even Roger Moore’s secret agent hero was aware he was dealing with an amateur, given that he allows smuggler ally Columbo (Topol) to tackle and execute this goon on his own during the climax. Don’t feel too bad for Glover, though, he’d go on to be far more notable a handful of years later matching wits with America’s own answer to Bond, Indiana Jones, in 1989’s The Last Crusade.

The scheme: To make mucho dinero by selling weapons to the KGB.

Best stab at villainous dialogue: “That's too bad, Bond. You could've been a live rich man, instead of a poor dead one.”

Continuing the proud tradition of Bond villains who are obsessed with miniature models, Baker’s Whitaker (why are so many of the bad guy names on this list so uninspired?!) is at least mildly amusing for all of his kooky, eccentric Texan cartoonishness. I mean, he’s a character whose sole defining trait is that he builds dioramas! And, in the third act, has a big shoot out in his vast diorama room! Alas, for all of his goofy bluster, he’s totally lacking in anything resembling danger, smarts or depth. Joe Don Baker is a genuinely great and imposing actor (check him out in 2013’s Mud), and made an engaging quasi-Felix Leiter in the first two Brosnan entries, but The Living Daylights isn’t remotely interested in building up his character in any way, or making him feel indispensable to the story. He’s merely grade-D hammy cannon fodder.

The scheme: To get rich selling opium and supply the Soviets with weapons.

Best stab at villainous dialogue: “I'm sorry, James. For you I have great affection, but we have an old saying: duty has no sweethearts.”

Wait, another lackluster criminal mastermind in The Living Daylights?! Yup, Timothy Dalton’s first attempt at packing the famous Walther PPK has a lot of issues, chief among them it’s complete and utter incompetence at creating worthy foes. Not content to settle solely on lame duck Whitaker, writers Richard Maibaum and Michael G. Wilson – both usually far more dependable – also toss in the most bland nonentity of a villain the franchise had ever seen before or since. Krabbé, a reliable sleaze on-screen (1989’s The Punisher, The Fugitive), offers up not a single noticeable quirk or spark of treachery. While the movie sells Koskov as an ambiguous, shifty personality, there’s nothing compelling about the mystery surrounding him, and the actor comes across as being way too passive and aloof. At least Whitaker had his diorama fantasy room! Thankfully, this type of character would be tackled far more effectively in Brosnan's debut entry, GoldenEye, with Sean Bean’s snaky 006, as Koskov is as dull, harmless and unremarkable as Bond is calm, cool and collected.
Posted by Cam Smith at 8:43 PM No comments: