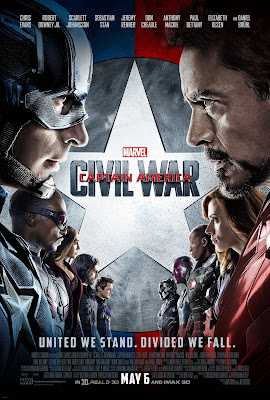 The primary reason Captain America: Civil War, Marvel’s wonderfully entertaining new superhero battle royale blast, works is that no one involved actually wants to fight. Rather than merely smash these crusaders dimly against each other purely to generate CG pyrotechnics, the film recognizes these are relatable, flawed personalities who actually like and respect one another. Everyone wants to get along, so when anger-induced fallout occurs it hurts emotionally long before it does physically. And, since the storytellers visibly adore the participants, they’re more interested in clashing philosophies than shallow black and white disagreements. Our sympathies transfer back and forth throughout because there is no easy correct answers to latch onto, just well-intentioned, thoughtful people sucked up into an uncomfortably messy political situation.

Whereas previously these costumed saviors answered solely to their own moral codes and likeminded colleagues, Age of Ultron’s climactic Sokovia war, as well as an early skirmish in the (fictional) African nation of Wakanda, has changed everything. Early in Civil War the Avengers are gathered and told that, due to the massive collateral damage caused by their operations, new legal documents have been ratified which will place the group under the oversight of a United Nations committee. For Tony Stark (Robert Downey Jr., rarely better or more grounded in the role), this act helps absolve him of his own guilt, and ensures a potentially safer future for the world’s civilians. Cap (Chris Evans) disagrees. Wary of political agendas, he argues for personal responsibility and the freedom to step in when an ugly situation rears its head. 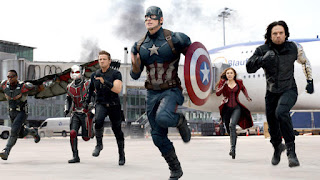 Unlike the dismal and dour Batman v Superman, which gave us a murky squabble escalated by blind hatred, distrust and zero communication, Civil War screenwriters Christopher Markus and Stephen McFeely, who penned the previous two Cap entries, cleverly use this easily defined and potentially game-changing scenario to explore the contrasting attitudes of their two leads. Whereas Steve Rogers has fought valiantly against the very worst that can transpire under administrative rule, Stark is constantly searching for a means of preventing violence before it happens even if it means making hasty decisions. This is ultimately a quarrel over peacekeeping ideology, that just so happens to be waged by two dudes in crazy outfits.

And while it may seem like Stark is the obvious villain in the equation, Cap himself also falls victim to his own vulnerabilities once former friend Bucky Barnes (Sebastian Stan, appropriately brooding), aka the deadly Winter Soldier, emerges back onto the scene. The target of a massive manhunt stemming from a horrific terrorist attack, the amnesiac assassin finds a defender in his former friend, who throws caution and accountability to the wind in order to uncover the catastrophe’s true culprit. As Stark struggles to regain control of the divided Avengers and bring his AWOL associate back into the fold, new players such as vengeful Wakandan ruler T’Challa (Chadwick Boseman) and the mysterious Zemo (Daniel Brühl) enter and turn up the heat even further. Soon, the question isn’t whether the two clashing team leaders will work out their differences, but rather whether there will even be a cohesive team left to unite by story’s end. 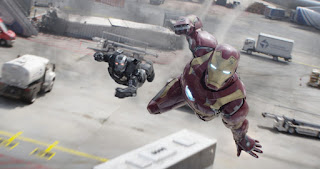 Not enough praise can be given to returning Winter Soldier directors Anthony and Joe Russo. They have, against all betting odds, thrillingly pulled off an extremely daunting and complicated project, stuffed with characters both established and in need of establishing, with flashy aplomb. While they may not be ultra stylish auteurs, they’ve proven among the best in the business at juggling gargantuan casts without ever forsaking memorable individual moments or arcs, no matter how slight. The fact that they succeed so astonishingly well in the often overbearing Marvel machine, especially in the wake of Joss Whedon’s oft-criticized stumbles in last summer’s similarly busy Age of Ultron, speaks volumes about their talent.

Although many will dismiss Civil War as being Avengers 2.5 in all but name, this is very much a Captain America film, buoyed by Evans’ consistently compelling and earnest performance, and featuring significant support from series regulars Barnes, Agent 13 (Emily VanCamp) and Anthony Mackie’s increasingly invaluable Falcon. And yet, as much as this quartet’s journey is the movie’s driving force, we never feel like we’re not seeing enough Iron Man, War Machine (Don Cheadle), Hawkeye (Jeremy Renner) or Black Widow (Scarlett Johansson). Ultron holdovers Vision (Paul Bettany) and Wanda Maximoff (Elizabeth Olsen) are given ample time to mature from plot devices into fleshed out figures, and Boseman’s Black Panther is a formidable, dignified presence that launches his upcoming solo adventure to the top of the must-see pile. He shares a crucial conversation with Brühl’s unexpectedly complicated antagonist that’s so well-written it’s as remarkable as (almost) all the splash page spectacle. 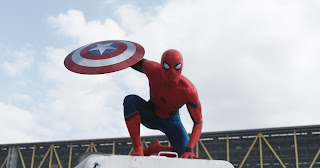 One can’t talk about scene stealers without mentioning Civil War’s two most powerful secret weapons: Ant-Man and Spider-Man. Paul Rudd’s pint-sized reluctant do-gooder charmed in his fun, if under-ambitious, 2015 introduction. Here, however, he’s on a whole other level, milking every second of his modest screen-time to voluble crowd-pleasing effect. His biggest moment in the spotlight is both a wonderful surprise as well as the picture’s comedic highpoint. Spidey 3.0, on the other hand, had a lot going against him after the disastrous and tarnishing Amazing Spider-Man debacles. What a difference spectacular casting and dialogue makes. Newcomer Tom Holland nails Peter Parker’s gee-whiz nerdy charisma, and he makes an ideal polar opposite to the snarky seen-it-all Stark. Plus, this Friendly Neighborhood Webslinger could not be more exhilarating to watch as he cheekily takes down unamused fellow warriors in combat.

The Russo brothers’ attention to character pays off time and time again in the go-for-broke set-pieces. Although an early scuffle with Frank Grillo’s Crossbones is undone a little by spastic camera movement and editing (and further aggravated by the lousy 3D conversion), the directorial duo more than deliver with an astonishing and frantic foot-chase through a traffic-clogged tunnel and the impactful and draining final bout between the two wounded and weary leads. The real showstopper, though, arrives at the mid-point as all of the assorted headliners throw down in a deserted German airfield. By far the best action sequence in Marvel’s cinematic history, it’s a triumph of endless fist-pumping beats, humor and inventive pair-ups. The directors understand the simple geeky pleasures of comic book fisticuffs in a way few do, and this is undeniably their masterpiece. It alone warrants the ticket price. 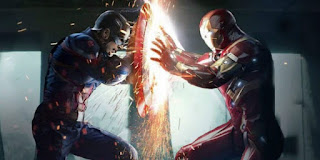 As much as it’s easy to gripe about the cynical nature of current franchise filmmaking practices, this picture is a testament to what it can achieve when all involved are committed, inspired and firing on all creative cylinders. This chapter is not only a top-ranking champion in the Marvel canon, alongside the first Avengers and Winter Soldier, it also serves as a serious confidence booster for the Russos’ ability to make their massive upcoming Infinity War two-parter an event worth anticipating. Even as doom 'n gloomers trumpet the horn for superhero fatigue and the eventual end of the studio’s omnipresent box-office reign, Captain America: Civil War proves that Marvel, like Cap, are still the very best at what they do and won’t be walking away any time soon.