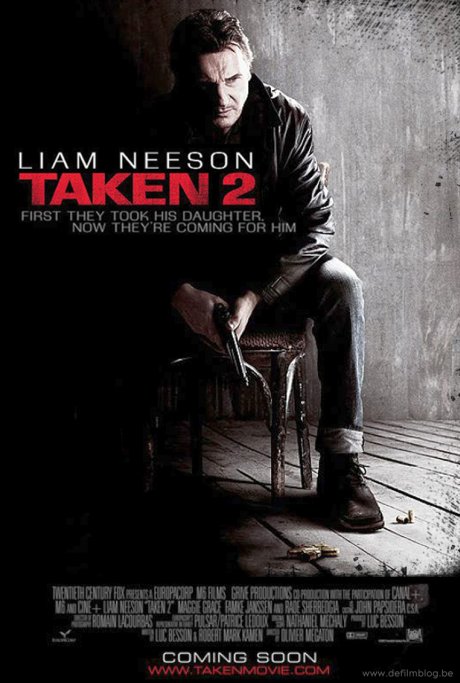 2009’s Taken was a product of both limited ambition and intriguing novelty; a cut-and-paste Eurotrash blast-em-up starring respected thespian Liam Neeson as a vengeful father on a bullet-riddled rampage. Like the Charles Bronson Death Wish films, it offered cheap, vicious thrills in a hopelessly square conservative package, suggesting brutal vigilantism as the only viable course of action. But, thanks to cool scenes of the stunt-casted stoic star gravely reciting his special skills, and slick direction from District B13 helmer Pierre Morel, the whole wobbly enterprise gained a moderate level of respectability. It was fun, in spite of its doofy, xenophobic politics and B-movie clunkiness.

Alas, the same cannot be said for Taken 2, a generic, lazy cash-grab of a follow-up that’s only slightly more competent than your average DTV fodder. Rather than take the mean spirit of the original and go broader, darker or, god forbid, weirder, producer Luc Besson and directer Olivier Megaton (not his real last name) have taken the safest, most boring route possible, cranking out a virtual carbon copy that offers nothing new. You can feel yourself rapidly forgetting the picture during every one of its weary 91 minutes. 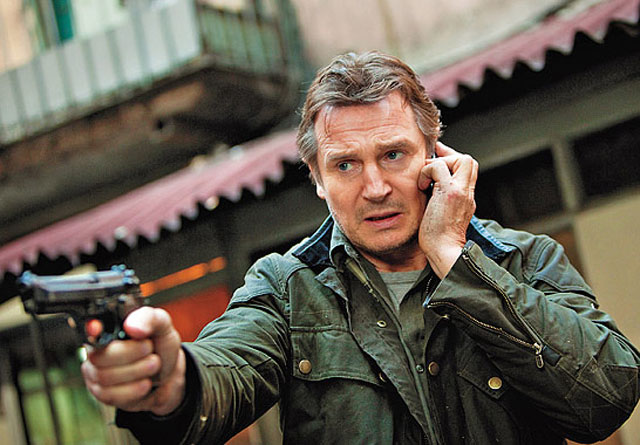 Picking up shortly after the last adventure, Taken 2 sees retired CIA agent Bryan Mills being targeted by the grieving father (Rade Serbedzija) of one of his many victims. Shortly into an impromptu Istanbul family vacation, our hero and his ex-wife (Famke Janssen) are, yes, taken, leaving their mighty mature-looking teenage daughter (Maggie Grace) to help aid in their escape. Of course, for justice to be truly served, Mills must ultimately track down every one of his greasy captors and efficiently kick their ass off the moral coil.

While the perfunctory, silly script by Besson and Robert Mark Kamen (Mills now has mutant sonar skills!) is pretty dire, there’s no reason Taken 2 couldn’t have sailed by on a tide of breathless violent choreography. However, Megaton (Transporter 3) seems incapable of directing a fight or chase sequence that isn’t a surrealistic, jarring mess of spastically edited chaos. He doesn’t so much show action as aggressively implies it's taking place. This technique, no doubt partly used to disguise the fact the imposing and game 60-year-old Neeson isn’t, in actuality, quite as spry as Jason Statham, robs the action of propulsiveness and impact. There are points when it’s near impossible to tell who is hitting who with what. 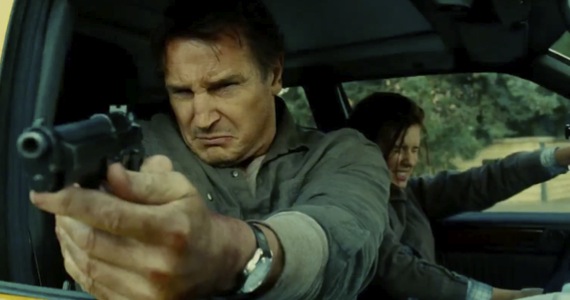 Worse, without any rapid-fire tension, we’re less distracted from the grimy sexism of the series, which really oozes to the surface here. In the Taken-verse, women are either virginal, helpless angels who must be protected beyond all sane, socially acceptable reason (Mills’ relationship with his daughter borders on creepily obsessive), or a commodity to be dominated like subhuman sex slaves. It’s an ugly, unhealthy message, and one the clueless screenplay is interested only in exploiting, not exploring.

Yet, to become angered or offended by the movie’s crassness is to show more investment in the material than even the filmmakers could muster. It’s a mite sad the most engaging moments come from music cues swiped wholesale from Drive (a comparison that should never have been invited). One could say Taken 2 fires nothing but blanks. However that would imply it even had the energy to load the gun in the first place.