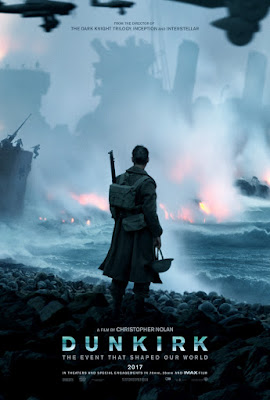 1) DUNKIRK – While Hollywood awkwardly struggled against the growing threat of online streaming and increasingly stellar home video options in 2017, Christopher Nolan unleashed a towering testament to the unrivalled power of the theatrical experience. A marvel of historical recreation and state-of-the-art film-craft, this white-knuckle depiction of the 1940 Dunkirk evacuation had zero close competition last year when it came to majestic blockbuster storytelling. More than its innumerable technical achievements, however, Dunkirk saw the consistently innovative writer/director casting off the pervasive near 20-year influence of Saving Private Ryan and reinventing the war movie from the ground up as an immersive POV-driven study in the cruel randomness of battle, where survival is often the only victory to strive for. A magnificent visual feast given restless pulse by Hans Zimmer’s driving ticking clock-score, Nolan’s latest was his most intensely focused attempt at channeling pure cinema yet, and his most astonishing high-wire act.


2) A GHOST STORY – Quiet and unassuming, David Lowery’s follow-up to 2016’s delightful Pete’s Dragon reimagining delicately lulls you into its tranquil, melancholy rhythms with such ease you can’t help but be unprepared for the tear-jerking emotional rollercoaster ride it ultimately takes you on. Told from the mute perspective of Casey Affleck’s wandering spirit as he grapples with grief (Rooney Mara, as our protagonist’s girlfriend, is heartbreaking), existence in limbo and the fleeting nature of time, A Ghost Story is a solemn contemplation that seems initially small but offers bountiful universal rewards to those willing to surrender to it. Profoundly intimate, the film conjures the poetic spirit of Terrence Malick and yet feels utterly original, imbuing its simple tale with shattering depth, intelligence and sensitivity. 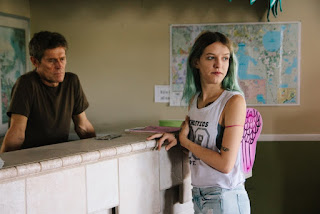 3) THE FLORIDA PROJECT – If 2015’s scrappy, high-voltage attention-grabber Tangerine proved writer/director Sean Baker to be a talent worth watching, 2017 established him as one of the most exciting auteurs of his generation. Fascinated by those existing on the fringes of society, the helmer aims his unobtrusive viewfinder this time at the impoverished residents of a rundown Florida hotel as they go about their mundane and occasionally tragic daily lives. Employing a humbly noble Willem Dafoe and a cast of utterly convincing unknowns – Bria Vinaite, as a woefully ill-fit mom, is a genuine find – Baker expertly conveys the crushing realities of modern economic disparity and its generational ramifications with empathy and a documentarian’s insight, finding gentle humanity amidst depressing uncertainty.

4) WAR FOR THE PLANET OF THE APES – Whereas most geek-property series unfold in a frenzied tornado of noisy fan speculation and anxiety, the modern Apes pictures feel liberated by their ability to just do their own brilliant thing in relative secret. Poignantly closing out the arc of Andy Serkis’s tragic protagonist Caesar, director and co-writer Matt Reeves crafted one of the most stunningly impactful and extraordinary entries in the franchise’s proud 50-year run. A bleak mythic meditation on the shattering effects of violence and hatred on the psyche, War for the Planet of the Apes was a timely feel-bad blockbuster that left you pondering its richly layered themes and ideas long after the bracing thrills of its superbly-rendered spectacle had calmed. 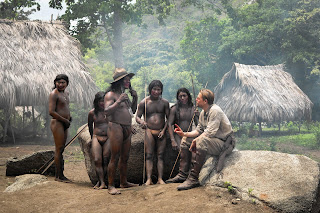 5) THE LOST CITY OF Z – Beyond the classic man vs. nature epics of Werner Herzog, no movie has captured the agony and the ecstasy of jungle exploration as powerfully as James Gray’s captivating biopic of Col. Percival Fawcett. Starring Charlie Hunnam as the feverishly driven British surveyor, The Lost City of Z unfolds like a hypnotic dream as we follow our hero on his increasingly maddening journeys into the Amazon’s intoxicating emerald abyss in search of answers. A lush, foreboding depiction of natural wonder – cinematographer Darius Khondji (Seven, Amour) delivers uncanny work – the film seduces us into sharing our hero’s unyielding passion for discovery while also hauntingly underscoring the punishing cost attached to it.

6) STAR WARS: THE LAST JEDI – If 2015’s The Force Awakens drew criticisms for hewing a little too closely to the A New Hope playbook, Rian Johnson’s go-for-broke sequel unabashedly shattered preconceived notions in high, dizzying style. Boasting the requisite show-stopping space opera action fans have come to expect – including two staggering ship battle sequences that rank near the top of the franchise’s incredible pantheon – the quirky Brick and Looper writer/director expands George Lucas’s galaxy in unexpectedly audacious ways while also infusing his debut entry with heretofore unparalleled thematic heft. Joyfully nailing down the unique identity of this third Skywalker trilogy, The Last Jedi was surprising, moving, clever and endlessly exhilarating; essentially everything we hope a great Star Wars picture will be. 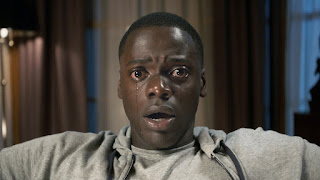 7) GET OUT – Arriving almost out of nowhere and blowing up into one of 2017’s most exciting and well-deserved box office dynamos, Jordan Peele’s provocative horror satire is an astonishing blast of razor-sharp social critique, big laughs and super-fun crowd-pleasing scares. Revelatory, smart and confident from beginning to end it feels like the work of a master at the height of his craft, not a first time director. In addition to being the best possible fright-fest for our all-too-ugly times, Get Out leaves no doubt it’s destined to be one day mentioned in the same reverential breath as enduring terror icons The Shining, Halloween, The Exorcist and, one of its primary influences, Rosemary’s Baby.

8) LADY BIRD – Not content to just star in one of this decade’s best female coming of age comedies in 2012’s Frances Ha, Greta Gerwig also went and wrote and directed one last year that’s even better! A wry semi-autobiographical take on the helmer’s own angsty lower middle-class teenage years in Sacramento, Lady Bird is a breezily hilarious and perceptive glimpse into complicated mother-daughter dynamics and the restless frustration of being an artistic-minded youth desperate to break free and embrace life. There’s a wonderful undercurrent of authenticity and truth coursing through Gerwig’s low-key, thoughtful sophomore effort, given beautiful life by dueling powerhouse leads Saoirse Ronan and Laurie Metcalf, and an endlessly endearing supporting cast. 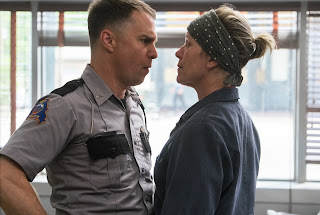 9) THREE BILLBOARDS OUTSIDE EBBING, MISSOURI – Recovering from the messy overindulgences of 2012’s all-over-the-place Seven Psychopaths, acclaimed In Bruges writer/director Martin McDonagh once again sharply channels the acidic cynicism and foul-mouthed wit that made him so electrifying in the first place. A blackly comedic portrait of grief and anger taken to its most uncomfortable and destructive extremes, Three Billboards slyly sidesteps expectations and clichés with crafty aplomb, forcing the audience to constantly reconsider the messy morality of its complex characters from scene to shocking scene. Drawing beyond sensational performances from Frances McDormand, Sam Rockwell and Woody Harrelson, McDonagh’s polarizing come-back is equal parts offensive and compelling; a crude and wicked little gem that burrows into your head and sticks there.

10) BLADE RUNNER 2049 – The only thing more awesome than the overwhelming artistic pleasures of Denis Villeneuve’s sequel to Ridley Scott’s watershed 1982 classic is the fact it even exists at all. Given a massive bankroll and pretty much unlimited creative space to unleash his wildest ambitions, the apparently unstoppable Canadian director transformed a no-win scenario into an utterly transfixing and thought-provoking triumph of big idea science-fiction. Matching up Ryan Gosling’s troubled replicant with Harrison Ford’s world-weary icon, Blade Runner 2049 honors the massive achievements of the past while also boldly opening up new doors of future-noir intrigue and jaw-dropping motion picture splendor on the very grandest of scales.

Honorable Mentions: THE BIG SICK, CALL ME BY YOUR NAME, GUARDIANS OF THE GALAXY – VOL. 2, LOGAN, MUDBOUND, THE SHAPE OF WATER
Posted by Cam Smith at 9:13 PM