Film Review - THE TRIP TO ITALY 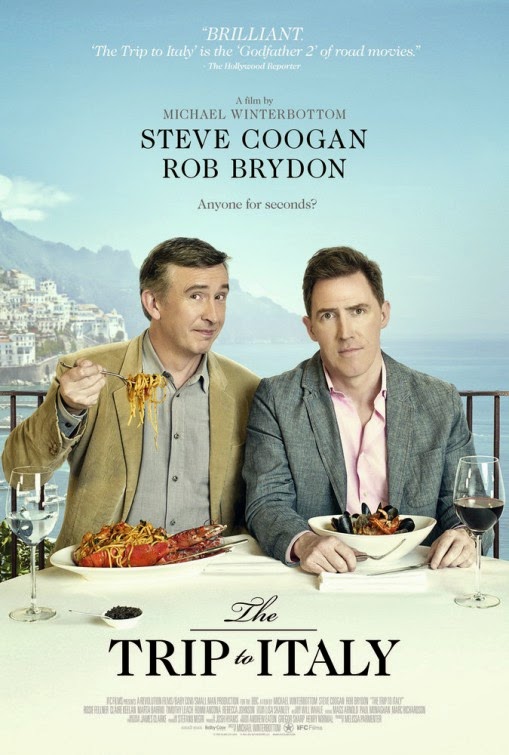 Though few this side of the pond joined Steve Coogan and Rob Brydon for their first vacation, 2011’s very funny and perceptive The Trip, there’s a damn good chance many stumbled across the Michael Caine impression segment it spawned on YouTube. This hilarious, brief sequence - a delirious spoofing of classic lines from The Italian Job, Get Carter and The Dark Knight – proved something of a mini viral sensation and perfectly encapsulated the film’s drolly improvisational, breezy tone and the well-oiled chemistry between its two leads. What wasn’t sold, however, was the project’s shaggy, skillfully-achieved mission statement; to capture the quietly terrifying existential panic of middle age, and the confused human flaws it magnifies.

That theme continues in the duo’s winning second venture, The Trip to Italy, which sees them roaming the gorgeous sun-soaked coast, from Liguria to Capri, over the course of another six days of sight-seeing, obsessing over pop-culture, literature and their personal lives and savoring ornately prepared meals. However, despite the intoxicating idyllic atmosphere and local charm, reality frequently threatens to creep in. While the dry, cynical Coogan struggles with doubts surrounding his angsty teenage son, career dissatisfaction and waning attractiveness to the opposite sex, Brydon – an “affable” and eccentric motor-mouthed family man – awkwardly flirts with the lure of forbidden holiday promiscuity. Amusing until the last, the men cope with these crises through rapid fire good-natured barbs, dizzying displays of spontaneous comedic one-upmanship, and *ahem* reveling in the self-empowerment anthems of Alanis Morissette’s “Jagged Little Pill,” learning just a tiny bit more about themselves along the way. 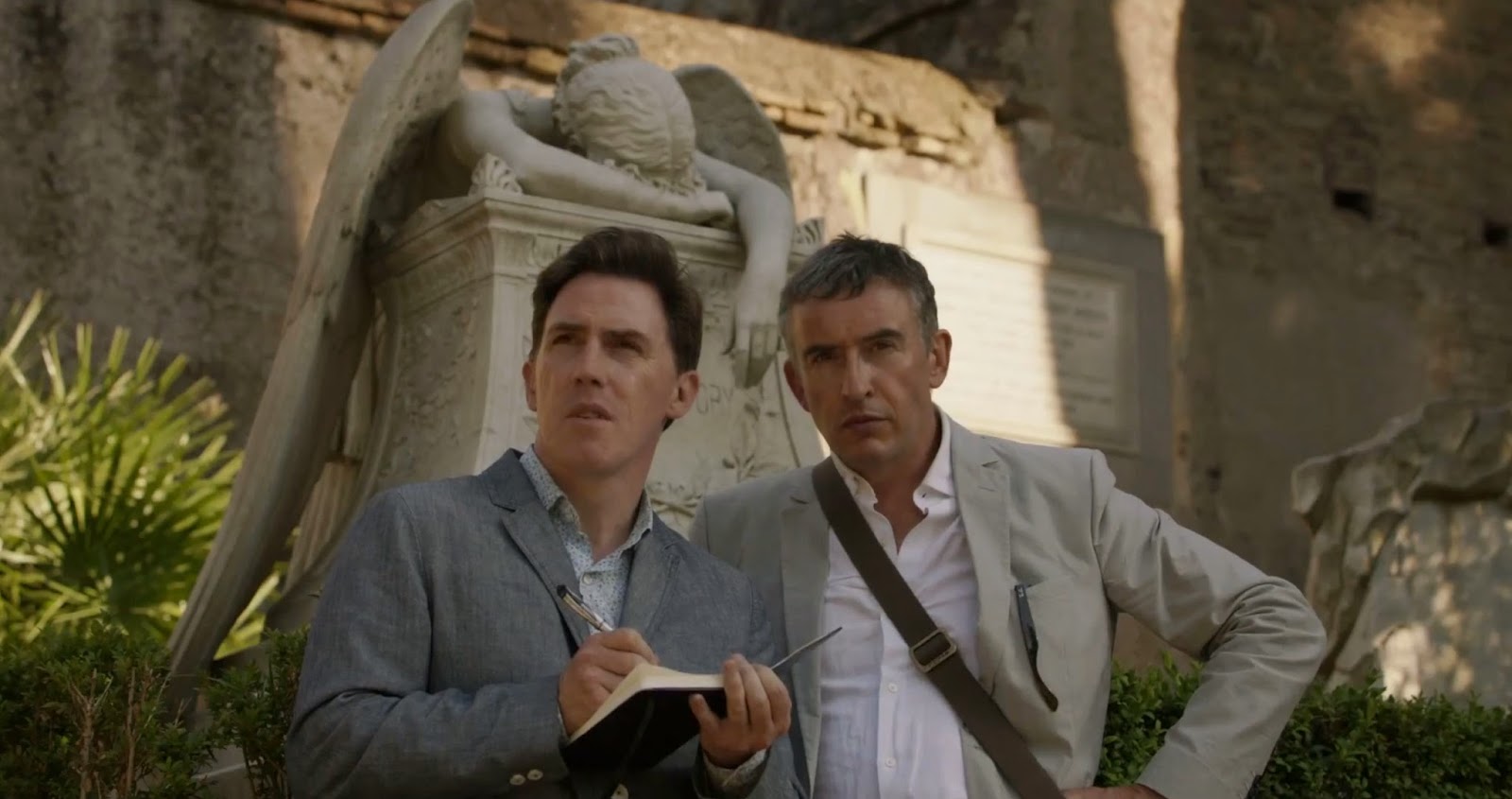 Playing loosely fictionalized versions of themselves, the two stars again prove ideal tour guides, endlessly engaging, authentically raw, and unafraid to expose the weaknesses, fears and foibles concealed beneath their established personas. It’s these vanity-free revelations that make The Trip to Italy both a great sequel and a curiously poignant and relatable jaunt (which is saying something, given Coogan and Brydon’s professional stature and bank accounts). But, of course, this is also a movie almost totally dominated by humor, and it boasts an impressive abundance of comic highlights, including a restaurant table riffing session poking fun at the incomprehensible dialects of the cast of The Dark Knight Rises, and a hammy impromptu mobster film audition tape featuring a beautiful hotel concierge. And, as expected, the verbally dexterous stars throw down a battery of dead-on show biz icon imitations, cheekily channeling Clint Eastwood, Robert De Niro, Al Pacino, Marlon Brando, Hugh Grant, Woody Allen, Humphrey Bogart and almost every single James Bond at a whim.

Unobtrusive returning director Michael Winterbottom (The Killer Inside Me, A Mighty Heart) creates a bright, relaxed atmosphere for Coogan and Brydon – wisely stepping back whenever the two get going – and, with cinematographer James Clarke, masterfully delivers the all-important travelogue splendor and saliva-quickening gourmet food porn. Editing down his own six-part BBC television series to motion picture length – just as he did with The Trip – the helmer once more accomplishes an unenviable task without forsaking coherence, character or narrative flow. Considering these dubious origins, it’s a minor miracle that not only does The Trip to Italy feel complete and satisfying on its own, you’d be forgiven for never suspecting it wasn’t conceived this way to begin with. 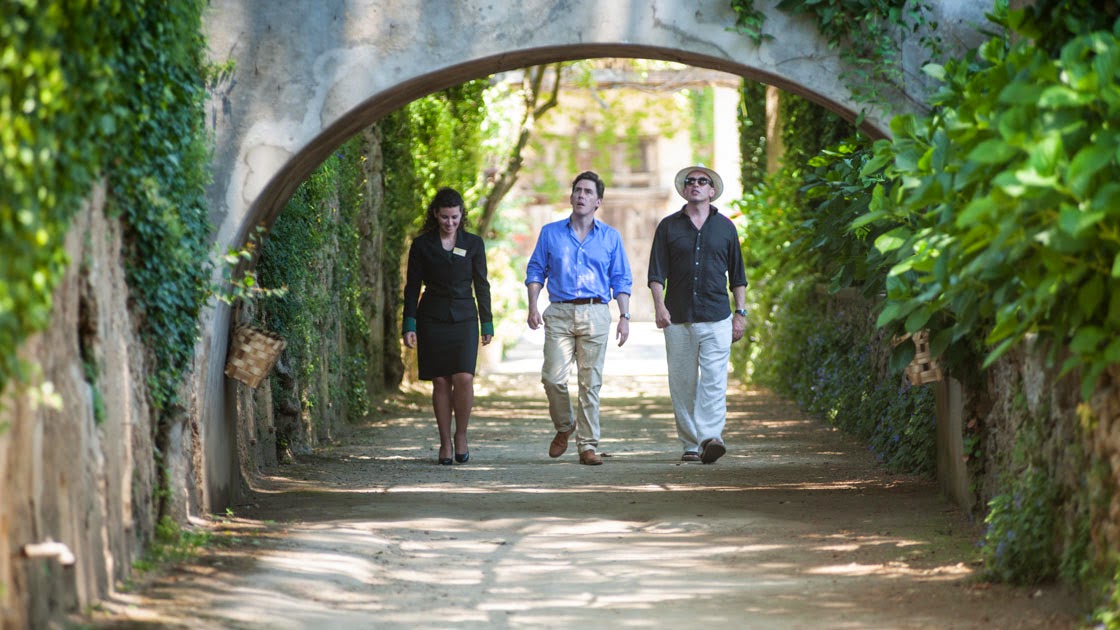 True to its predecessor, The Trip to Italy is another pleasant, charming and witty treat; a diverting light comedy for grown-ups made with intelligence and just the right hint of cheerful madness. It would be wonderful if this became a regular event, and we could reunite with Coogan, Brydon and Winterbottom every few years simply to visit new locales, laugh, reflect and track the characters’ messy evolution. Finding good travel companions isn’t easy, after all, and when they’re this much fun it’s hard not to want to keep planning future outings.