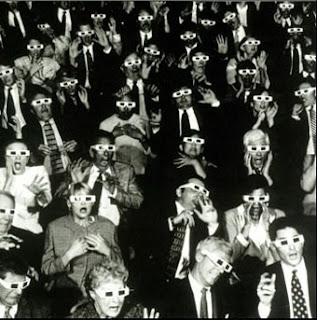 As I said in my countdown of 2011′s Top 10 Films, there was no shortage of rewarding film choices this past year. Unfortunately, though, as is always the case, there was also no shortage of cinematic landmines; dreadful movies that made you want to flee the theatre in barely muted horror, and perhaps  motivated you to question the value of the art-form all together.
I know I suffered through my fair share. And I didn’t even bear witness to Jack and Jill or Bucky Larson: Born to Be a Star!

1) The Three Musketeers   Everyone involved in this pathetic, crass exercise in unimaginative brand-building should be ashamed of themselves. Taking little more from the Alexandre Dumas classic than a title and a few character names, this $75-million-dollar dud instead ineptly rips most of its inspiration from the Sherlock Holmes (Steampunk weaponry!) and Pirates of the Caribbean (Pirate ship battles in the sky AND a fey, mascara-wearing Orlando Bloom!) properties. Charisma void Logan Lerman stars as a smarmy, Americanized D’Artagnan, who joins up with the now-personality-free rapier-wielding trio in order to prevent ninja assassin Milla Jovovich from sparking war between England and France. Directed with zero energy by schlockmaster extraordinaire Paul W.S. Anderson, The Three Musketeers is a monotonous waking nightmare of embarrassing CG effects, cringe-inducing witty banter, cement-shoed swashbuckling and ludicrous air battles. Oh, and to add insult to injury, the whole disaster crashes to a final, unresolved close with a blatant cliffhanger for a sequel! Fortunately for mankind, future punishment is unlikely as this burgeoning franchise clumsily falls on its own sword right out of the gate. 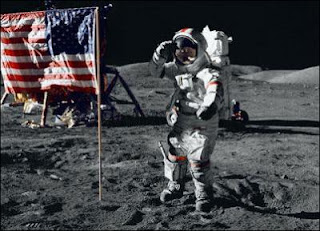 2) Apollo 18   A cheap, opportunistic attempt to cash in on the Paranormal Activity craze, Apollo 18 sets a patience-testing new low for the already inconsistent Found Footage horror genre. A “true life” account of NASA’s top secret final moon-landing mission, the movie takes a pretty solid concept and renders it utterly unwatchable. A chaotically edited visual mess of several ugly film formats mercilessly smeared with every imaginable post-production distortion effect and audio burp, the whole ordeal is like a film school video art project gone horribly awry. Director Gonzalo Lopez-Gallego not only fails to break the crushing boredom with ultra-telegraphed jump scares and by-the-books icky body horror, he often cheats too by placing cameras where they frankly have no business being. It’s tempting to say that Apollo 18 stalls on take-off, but that would imply someone even bothered to fuel it up in the first place. 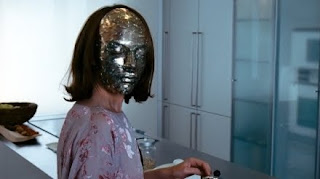 3) Target  Rarely have I encountered a motion picture as confused and narratively incoherent as Russian writer/director Alexander Zeldovich’s science fiction epic Target. Opening with a group of wealthy Moscow citizens travelling to a remote fountain of youth in the year 2020, the picture soon wanders off in a number of bewildering disconnected directions - including border law intrigue, extramarital hedonism and deranged game shows. The helmer deserves points for ambition, but so little of anything on-screen sticks its maddening. He wants to make bold statements about Russian society, geopolitics and human morality (measured by groovy sunglasses!), but the messages are all but swallowed up by the meandering, nonsensical script, which abandons plot threads by the handful and doesn’t give any of the characters even a hint of dimension. Zeldovich also lacks the ability to establish a convincing sci-fi world; the film frequently introduces strange technological concepts without a lick of explanation. Target may boast some lovely cinematography, but all other positive qualities seem to have been utterly lost in translation. 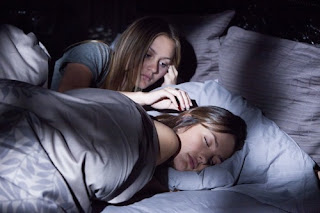 4) The Roommate   The latest in an apparently endless string of teen-friendly PG-13 erotic thriller copycats, The Roommate shamelessly runs 1992’s Single White Female through the trusty ‘ol Sanitize-matic 2000 with predictably vanilla results. Preppy college freshman Minka Kelly is, like, totally psyched to have visibly loony art student Leighton Meester as her roommate. At least, that is, until the crazy-eyed roomie starts donning the heroine’s deceased sister’s necklace and running kittens through the spin cycle. Drained of all characteristic moral ambiguity, escalating tension and sexual charge, director Christian E. Christiansen’s exhausted checklist of poorly-delivered genre tropes is redeemed only by the ridiculous sight of a fancy hat-wearing Billy Zane as a dandyish sleazeball fashion professor. That part is genuinely scary for reasons purely comedic. The rest of The Roommate is so timid and dumb it should be aired as an afterschool special on the dangers of bad teen flicks. 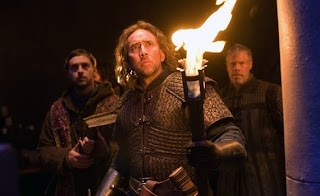 5) Season Of The Witch  No movie featuring Nicolas Cage and Ron Perlman as a wise-cracking 14th century knight duo transporting a suspected witch to a hazardous mountain-top monastery should be this deadly dull. Against all mortal odds, though, director Dominic Sena accomplishes this miraculous feat with Season of the Witch, a generic, cruddy-looking sword ‘n sorcery cheese-fest that’s too concerned with being dour to have any fun with its goofball B-movie premise. Heck, even the dependably bizarre Cage is on autopilot, trudging sleepily through the flick’s endless dank, chilly forest locales with a look of melancholy obligation. At one point a wounded Perlman, in an act of climactic heroism, violently head-butts a shoddy CG demon. Brave this slog and you too will be able to share that demon’s pain.