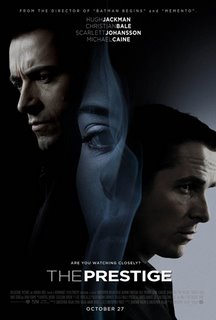 Well true-believers, it's kind of a hodge-podge entry today. I'm not doing one of my patented exhaustive essays (*A sigh of relief emanates from the peanut gallery*). No, rather I'm holding true to my promise last Friday of covering the new releases. I'll do that and then throw in a little bit of info about that troubling Live Free And Die Hard project. Seems, my earlier optimism over Jeffrey Wright is short-lived. I'll get to that in a bit, but first let's get to the new releases!!!

Now, the most exciting release this week (In my humble opinion) is Christopher Nolan's The Prestige. Nolan is a director I can trust. A real mensch as they say. This is a guy who knocked one out of the park on his first try and considered that a warm-up! Now, enough gushing like a school-girl, I'll stop spouting inane analogies and tell you why this guy deserves the benefit of the doubt about where your $8.50 belongs this weekend.

Let's hop in a time-machine and take a little trip back to 2000. A great year, it twas! A year in which X-Men re-energized the long dormant comic-book movie! A year in which Cameron Crowe stole our hearts and made us reach for the Kleenex with Almost Famous! It was also the year that gave us Dude, Where's Me Car?, a film that still inspires homicidal anger within me... It was also the year that young Mr. Nolan gave us the indie-masterpiece Memento. Now... If you haven't seen Memento stop reading this and run down to your local video store and rent it. It'll blow yer socks off! Okay... I SAID GO! Anyways, Nolan showed in his first film that this was a guy who was gonna be big! And he was... later! First, he put out Insomnia, with Al Pacino, Robin Williams and Hilary Swank. It was a medium-sized hit, and a good movie, however it's sort of vanished into time. Nolan was back in 2005, though, silencing all doubts that there could be a Batman movie as good as Tim Burton's '89 film (Though, c'mon, will anyone EVER top the '66 Adam West one? I seriously doubt it. "Salt and corrosion! The two oldest enemies of the crime-fighter!" *Chuckles to self*). Yep, Batman Begins proved Nolan was here to stay! Now, he gives us The Prestige!

I can't tell you much about it, other than that it's about dueling magicians. That's really all I can get from the ads, which is great! I'm so tired of trailers giving everything away. They completely ruined the subtle element of surprise Scary Movie 3 was going for! Anyhoo, all the ladies will love this one! Hugh Jackman! Christian Bale! Michael Caine! David Bowie ("ZIGGY!")! All in period costume! The guys will have to settle for Scarlett Johansson (I know, I know, it's rough...). Plus, Nolan's promising tricks, turns and twists and the whole nine-yards! It looks great, sounds cool, and it'll be next ticket purchase.

Now, moving on to the next release, we have Flags Of Our Fathers, the story behind the Iwo Jima flag-raising. I think this one'll be damn nifty! First off, Clint Eastwood is on a real hot streak following Mystic River and Million Dollar Baby. Second, it's written my Paul Haggis, writer of Million Dollar Baby, and writer/director of last years Best Picture winner Crash. Now, that's a dynamic duo! Early word of mouth has been strong, if a little underwhelming. Unfortunately, ol' Spielberg had to make Saving Private Ryan in '98 and every war movie since has had to compete with it. I hear it's well acted (Apparently Ryan Phillippe and Adam Beach give career-best performances), and the war scenes are incredible. Guaranteed to be a very good movie, though a great one? You'll have to see for yourself. I definitely will be checking it out. The cool part is that if this one rocks, we get the companion film Letters From Iwo Jima (It tells the Japanese side of the story) in February.

By the way, sorry about the crappy pixilation on the poster for Flags. I couldn't find a half-decent usable one in all of cyberspace! Damn you Clint! Probably laughin' it up with th 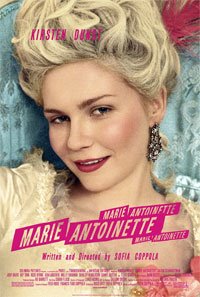 at wacky orangutan of yours! Any Which Way You Can indeed...

Now... Where was I... Oh, right! New releases! Okay, this brings us to the final exciting release of the week. That's right folks; I'm talking about Marie Antoinette. You may have heard about it earlier in the year when it was booed at the Cannes film festival. I have a feeling that had more with the French's feelings about a revisionist portrait of their beloved monarch than over the quality of the film. Drector Sophia Coppola has a 50/50 score with me thus far. I really enjoyed Lost In Translation, but found The Virgin Suicides to be pretentious and dull. So, I'm eager to see where this one lands. I'm also interested in seeing how the two main leads handle themselves. Kirsten Dunst, when she's on top of her game, is among the best young actresses out there. The bigger curiosity, though, is Jason Schwartzman. Schwartzman excels in playing loopy characters (Watch Rushmore or I Heart Huckabees to see what I mean!). This all makes Antoinette more interesting to me than I would have initially guessed. So, for all of you complaining about a lack of variety in movies nowadays, it's undoubtedly different from anything else currently playing...

Okay, now to kill a rumor that I really had my hopes riding on... As you may recall in a past entry, Jeffrey Wright was scheduled to face off against John McClane in Live Free Or Die Hard (That's not the real poster. I just wanted to show some support to the fan who mocked up that nifty fake promo poster. Yep, someone with as much spare time as me! Represent!). Well, my initial shock proved correct. Jeffrey Wright will have nothing to do with this sagging franchise. Oh, Lenny Wiseman, what are you gonna do? Well, I'll tell you what he did! He cast his villain! So, now it looks like Timothy Olyphant (Scream 2, HBO's Deadwood, Go - Pictured below) will be matching wits with the famously dogged cop. Now, I think Olyphant is a fine choice. He ain't Wright (Pardon the pun), but he has a crazed energy that may pay off. He's also an actor who, I've long felt, is one break away from being BIG. So, Here! Here!, Mr. Beckinsale you've potentially done good. Oh, before I forget, on the less cool side (Bad Lenny!), he's hired Mary Elizabeth Winstead (Sky High - Pictured below) to play McClane's daughter. I'm guessing that's the role that Britney was vying for so many moons ago... I'm iffy on teenage sidekicks and this one sorta concerns me... Consider this project up one point for the Olyphant casting and down a point for the teeny-bopper casting. So, we're pretty much back where we started.

Frankly though, I wish this franchise had just ended with Die Hard With A Vengeance. It proved to be a disappointment and I'm concerned this one will be too. 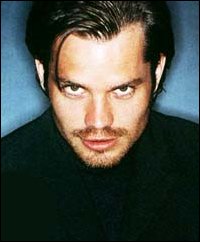 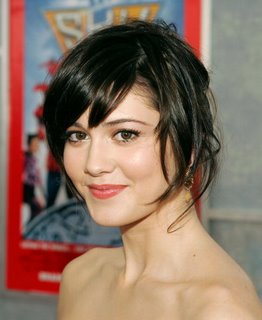 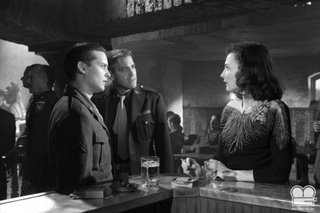 Hey, just a quick shout out to a new trailer that looks promising. It's an atmospheric looking film noir called The Good German. If great cinematography isn't your bag, well look at the pedigree: directed by Steve Soderbergh (Traffic, Erin Brockovich, Ocean's 11 & 12) with George Clooney (Batman & Robin, Return Of The Killer Tomatoes), Tobey Maguire (Spider-Man films, Cider House Rules) and Cate Blanchett (The Aviator, Lord Of The Rings). It looks groovy, so check out the trailer:
http://www.apple.com/trailers/wb/thegoodgerman/

Okay folks, sorry for the insanely long entry. Patience testing, I know. Blame it on a Friday release schedule far more eventful than the norm!

Anyways, I'm off on a road trip with two buddies of mine. The mission: mischief! So hold on to your seatbelts cuz Clint, Clyde and I are going EVERY WHICH WAY BUT LOOSE!
Sing it if ya know it!
Posted by Cam Smith at 6:35 PM