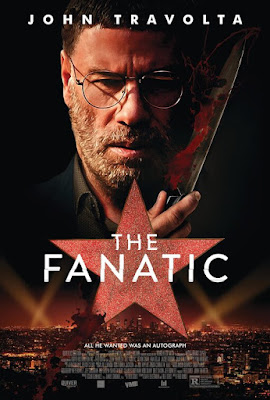 2) CATS – If the internet is to be believed Tom Hooper’s gaudy adaptation of Andrew Lloyd Webber’s long-running Broadway smash is an insane must-see descent into hallucinatory lunacy. And while the highly questionable CG costumes and nonsensical Jellicle storytelling would seem to support that opinion, the truth is that Cats is also one hell of a numbingly dull sit. Easily last year’s most astonishing example of large scale creative hubris, this big budget musical affords its star-studded lineup about as much dignity as a soggy feline subjected to an unwelcome bath. Words fail to convey the humiliation of watching Sir Ian McKellan lick milk out of a saucer, or the sight of Idris Elba dutifully strutting around in a jacked-up, furry nude suit. Stick with the soundtrack. It’s shorter, less nightmare-inducing and – most rewarding of all - features 100% less mucus during Jennifer Hudson’s haunted rendition of “Memories.” 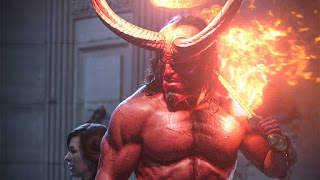 3) HELLBOY – Whatever issues one might have with Guillermo del Toro’s original duology will be completely and totally forgotten after enduring this disastrously half-baked reboot. Utterly absent of imagination, wit or visual pizzazz, Neil Marshall’s fumbling adaptation of Mike Mignola’s cult comic series looks and feels like a superhero flick phoned-in from the early 2000s. It’s honestly depressing to watch Ron Perlman replacement David Harbour dutifully slog his way through this boring, edited-to-oblivion mess, engulfed in a tornado of pixelated CG, incompetent world-building and pathetic sequel-bait teases. No matter the crushing tedium though, viewers can at least take comfort in knowing their squandered two hours pales in comparison to the star’s tragically wasted makeup chair time.

4) EXTREMELY WICKED, SHOCKINGLY EVIL AND VILE – In theory, this ultra-flat Ted Bundy biopic has a fair deal going for it. There’s Zac Efron’s committed and occasionally compelling performance, for starters. But also the fact the film is helmed by Joe Berlinger, the celebrated documentarian who masterminded the riveting and comprehensive Conversations with a Killer: Ted Bundy Tapes Netflix series. So why does the final result play out like an amateur hour TV movie complete with lethargic direction, eye-rolling dialogue and superficial ripped-from-Wikipedia plotting? Extremely Wicked et al. aspires to place us inside the paranoid, schizophrenic mind of its fascinating subject, despite lacking the crucial artistry required to do so. Alas, this true crime anti-drama doesn’t just demystify the devil; it turns him into an utter snore. 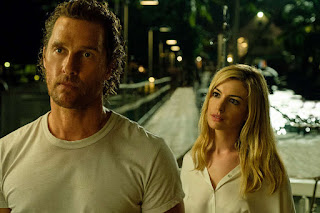 5) SERENITY – How so many talented people read the screenplay for this wildly ill-conceived and mind-blowingly stupid film noir twist-a-thon and still said “Sign me up!” is a question for the ages. Headed by Matthew McConaughey as a sweaty gigolo/fishing boat captain who becomes embroiled in a steamy and dangerous plot involving his ex (Anne Hathaway) and her gangster husband (Jason Clarke), Serenity goes places no sane person could ever predict, much less yearn to see realized. Writer/director Steven Knight (Locke) has delivered fantastic work in the past, and doubtlessly will again, but his latest wasn’t just running on fumes, it appeared to be huffing them too.

All of the Busty Call Girls contact number in Kolkata experience thorough training them with skills that can make them ideal friends.Call Girls in Kolkata Workings out teamed with enough skills make sure they are the perfect friends for just about any social or company and professional episode.Call Girls Booking in Agra Our fresh Ajmer Model Escorts Services are intelligent, Ajmer Model Escorts Services offer an eye for fashion and are friendly.Cheap Price Call Girls in Faridabad Also, they are friendly.

Spend your premium libidinous moments in the best hypnotizing way without even forcing yourself for availability. Welcome to the area of Mahipalpur Escorts where we are there to welcome you with service that you have been looking forward to Get in touch with us to experience impeccable escort service in Vasant Kunj with moments of happiness meeting your taste.
Escorts service in South Delhi
Escorts Near JW Marriott Aerocity.