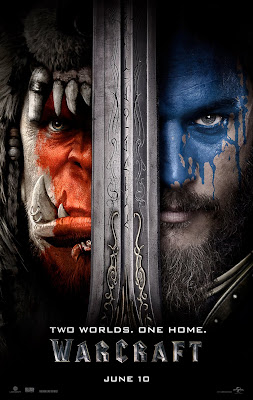 Is there a more fantasy genre-specific term for technobabble? A term to better describe all the multi-syllable mythical and otherworldly names, places, creatures, weapons and so forth that are endlessly name-checked in streams of incomprehensible dialogue? Fantababble, perhaps? Or magibberish?


That query drifted frequently through my mind while patiently trying to keep up with Warcraft, Duncan Jones’s visually impressive albeit inexplicably impenetrable adaptation of the insanely popular orc-tastic Blizzard video game of the same name. Rarely in history has a tentpole franchise hopeful been so unwelcoming to the general public, burying the unprepared under an increasingly maddening barrage of bewildering exposition that serves only to deepen the frustrating disconnect. This film doesn’t just refuse to give proper bearings; it smashes your movie-going internal compass under the weight of a swinging war hammer. 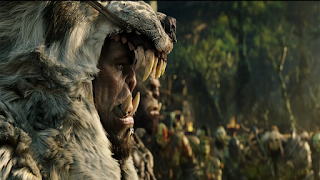 You almost have to admire the picture’s refusal to cater to non-converts. It’s an undeniably ballsy way to kick-start a 200-million-dollar cinematic property, after all. But this approach – which essentially requires the audience to jump in feet first and just go with the flow - is seriously counterproductive on both a business level (although China doesn’t seem to mind, judging from box-office receipts) and, more importantly, a creative one. If the film can’t plainly communicate to the viewer why the Warcraft universe is cool and original, why would we ever want to see more? And that’s a critical question, given that this inaugural chapter is basically just a confusing cliffhanger prologue to a sequel that will likely never exist.

It’s a bummer, because Jones proved in his first two features, Moon and Source Code, to have a firm grasp on emotionally rich high concept storytelling with a great understanding of character. We were genuinely invested in Sam Rockwell’s lonely space station crisis, and to see Jake Gyllenhaal break free from his inescapable repeating time cycle. The self-described Warcraft fan, who co-scripted with Charles Leavitt (Blood Diamond), seemed like a good bet to wrangle the game’s convoluted lore into a workable, grounded narrative with compelling heroes and villains. Judging from the results, though, the dense material utterly thwarted him. 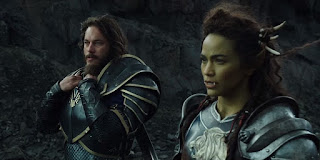 Based predominantly on the first game entry, Orcs and Humans, Warcraft establishes two adventure plots on an unstoppable collision course. On one side is the brave, noble orc chieftain Durotan (Toby Kebbell), a loving husband and father, who reluctantly joins his horde as they follow demonic lord Gul’dan (Daniel Wu) through a portal bridging their own depleted world to the rich, lush realm of Azeroth. Upon emerging, however, the massive mean green armies fast begin raping and pillaging villages, provoking King Wrynn (Dominic Cooper), on the other side, to assemble a team of fighters – including the poor man’s Aragorn Lothar (Travis Fimmel), guardian wizard Medivh (Ben Foster) and his apprentice Khadgar (Ben Schnetzer) – capable of leading an aggressive defense effort. As the two factions clash, liberated half-breed slave Garona (Paula Patton, in unfortunate 60s Star Trek Orion body-paint) uneasily weighs which side to pledge allegiance to, unaware of the powerful significance she is destined to play in the outcome.

In case it’s not evident in the preceding synopsis, this is pretty broad and colorful fantasy fluff that could easily fuel a really fun and exciting yarn. So why is Warcraft solemn to the point of paralysis? Ever trudging forward with grim self-importance, the film stubbornly avoids almost all semblances of humor (with a couple super lame exceptions) and playfulness and instead delivers a sleepy procession of stilted actors delivering jargon-riddled exposition with all the passion of a live encyclopedia reading. If Lord of the Rings was capable of finding considerable room for high-spirited swashbuckling and light comedy, amidst the suffocating darkness of Frodo’s journey, there’s no excuse for the dearth of it here.

With that said, Peter Jackson’s now classic trilogy also understood the importance of engaging personalities with clear motivations. Simply put, almost no one in Warcraft has a logical objective or inner life. And how then are we supposed to care when not a single character sticks after two hours? It’s not fair to blame the actors for being almost uniformly forgettable and/or bland (minus Kebbell, whose solid mo-cap work is nonetheless dwarfed by his far more memorable Dawn of the Planet of the Apes Koba performance), when the screenplay doesn’t give them anything interesting to say and keeps altering their progression to suit the necessities of the fragmented plot. According to reports, Jones was forced to slash about 20 minutes out of the runtime, and it’s obvious; scenes often smash together abruptly with a whole lot of connective tissue seemingly cast into the nether unceremoniously.

For all of its deficiencies as a satisfying summertime blockbuster, though, Warcraft isn’t a painful or unpleasant sit almost solely due to its technical ambition. Jones may not be able to spin an engaging tale to save his life here, yet he’s nonetheless having a total ball with his budget and effects departments. The art direction and costumes are first rate, and the crazy amount of attention paid to world-building is commendable (this is one unapologetically geeky endeavor). Whereas the human stuff is pretty dire, you can tell the helmer’s heart is with the orcs. Each member is impeccably and elaborately designed, and there’s tangible joy every time the hulking giants start pummeling their enemies or one another. Even if the picture doesn’t set any bars with its CG action sequences, there’s more than enough instances of clever and inventive combat staging to meet genre requirements and then some. 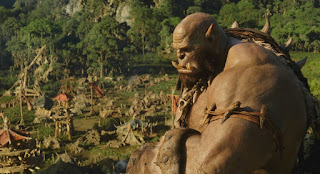 Considering the stunningly lousy 23-year-long catalogue of video game movies, it’s regrettable Warcraft, with its boundless resources and behind the camera talent, wasn’t the one to break the mold and prove that a great adaptation is possible. Alas, lacking any real heart, momentum or coherence, it never makes a convincing argument for the brand becoming an ongoing silver screen presence. As for Jones there’s no doubt he still has plenty of magic left in him, but hopefully next time he funnels it into a project that casts a spell of enchantment, as opposed to one of disappointment.