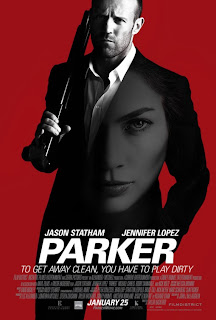 Jason Statham is such a charismatic force-of-nature presence that it’s painful to see his considerable kick-ass talents pissed away on middling C-grade junk. Seemingly born a couple decades too late, he’s a natural movie star who could have shared the Action God throne with the big three, Arnie, Sly and Bruce, in the gloriously pumped-up ’80s and ’90s. Imagine him occupying his own crazy Total Recall, Rambo or Die Hard picture, as opposed to Killer Elite, Transporter or The Mechanic. Ah, what might have been…

His latest, Parker, doesn’t even come close to reversing this woeful trend. A limp, bottom drawer adaptation of Donald E. Westlake’s beloved literary antihero – who previously shot up the silver screen in 1967’s Point Blank and 1999’s Payback – this film is perhaps the worst entry in Statham’s not-exactly-stellar filmography since 2007’s atrocious War. I’ll leave you to ponder that one for a minute. 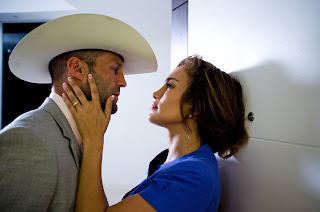 Sleepily directed by Taylor Hackford (Ray), Parker casts Statham as a low-level thief who, during a daring daylight costumed county fair robbery, is double-crossed and left for dead by his crooked associates, headed by The Shield’s Michael Chiklis. Hell-bent on revenge, the rapidly recovered bastard-with-an-honour-code tracks his dangerous quarry to Palm Beach, Florida, where they’re planning an even larger con. Aiding Parker on his brutal quest is struggling real estate agent Jennifer Lopez, who yearns to gather enough cash to move out of her wacky mother’s house. Obviously, it goes without saying that, by film’s end, bullets will have been unloaded en masse, necks snapped and middle-aged sex symbols disrobed. Not necessarily in that order. 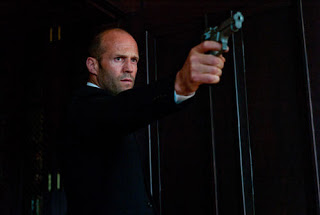 Unfortunately, whereas previous cinematic takes on the character produced blackly funny, mean crime thrillers, Parker is almost remarkably toothless and plodding. The characteristic Statham icy attitude and coiled violence is overwhelmed by a DOA screenplay, which spends an inordinate amount of time going nowhere – J.Lo’s floundering job and home life receive a baffling amount of attention – only to climax on a note of perfunctory, unsatisfying chaos. There’s no inspired anarchic spirit here. No willingness to revel in nasty, blood-spattered fun (like Statham’s decent 2012 effort Safe did).

Frankly, this is a blip of a movie; 118 minutes of tedious, dim-witted nonsense that dissipates into thin air the second the credits role. The star deserves better, as do audiences. At the end of the day, the only thing Parker succeeds at is making off with is your precious time and money.