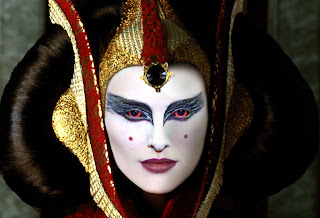 Here at the Epi-Cast, we pride ourselves on being punctual (and little else). While we may not hit new releases as soon as we'd like to, our podcasts are online mere hours after they're recorded. But snags occasionally appear on the horizon, and this episode hit more than a couple of them. Thus, some of the content in this episode isn't quite as fresh as we would have liked. However, there's plenty of goodness to hear and - thanks to this being award season - the majority of the films discussed can still be found in theatres. Hooray for small miracles and all that.

After partaking in holiday gluttony, Cam and Tom reconvene to hold court over a pair of prestige pictures, offering their own unique insights into both Black Swan and The King's Speech. As well, Cam praises The Fighter and damns Little Fockers, while Tom weighs in on The Social Network and The Other Guys. In Trailer Park Encounters, the duo argue over the mythological accuracy of Thor, make controversial, credibility-decimating statements regarding Terrence Malick's Tree of Life, fail to care an iotta about Pirates of the Caribbean: On Stranger Tides and almost come to blows over the Hugh Jackman fighting robot opus Real Steel. Seriously.

To download, simply right-click and save on the green episode title above. Then you are free to indulge in one of the wild web's most fantabulous mp3 treasures.

P.S. We are also available on iTunes! We kid you not! Simply do a store search for "Epi-Cast" and, LASTRADA-FELLINI!, you can subscribe to our feed and receive insta-dl's (Geek-speak for downloads). Oh, and we are the "Epi-Cast", not the "Epicast." Profound interpretations of the Bible will probably not be given here. (I added the "probably" because its impossible to predict Tom's oft-random thought patterns.)

P.P.S. Don't hesitate to leave a review on our iTunes page. As always, we sincerely welcome your glowing praise/scorching venom
Posted by Cam Smith at 4:43 PM