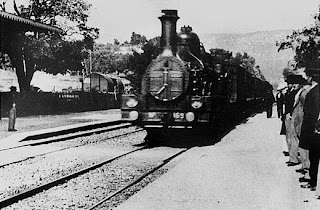 With Tony Scott’s runaway train crowd-pleaser Unstoppable opening in multiplexes across the globe this weekend, it seemed like an opportune time to reflect on how the now fairly antiquated form of travel has colored the cinematic art-form.

As film history junkies may recall, the train famously ushered in the cinematic age in 1896 when Auguste and Louis Lumière legendarily terrified an unwitting audience with one-minute of footage, titled L'arrivée d'un train à La Ciotat, depicting a locomotive charging towards the camera. The experiment served as a fitting kick off for the exciting new visual medium and later led, in 1903, to the very first narrative picture, The Great Train Robbery.

While the train, chugging purposely across the rails, became instantly iconic, the film industry fell equally in love with the romance associated with train travel. The collective cinematic consciousness is forever imprinted with images of cozy private cabins, tasteful dining cars and steam-drenched stations. The train offered passengers a means of achieving freedom, adventure or true love, as well as inspiring heartbreak and danger. Who can forget Bogart standing alone on the rainy train-station platform waiting for Ingrid Bergman? Or the infectious romantic hijinx depicted in Billy Wilder’s Some Like It Hot? Hitchcock adored trains, utilizing them in classics like Strangers on a Train, Shadow of a Doubt and North by Northwest, and the James Bond series is peppered with scenes aboard travelling coaches.

So, in tribute to the most cinematic mode of travel, I’ve compiled a list of the Top 5 Greatest Train Thrillers. Don’t bother looking for movies like Back to the Future III or Mission: Impossible below, though. These films don’t simply use trains as a prop or as part of a slick set-piece, they set the majority of their action aboard the majestic transports, pulling audiences out of the popcorn-scented confines of the cineplex (or living room) into an insular, nostalgia-tinged world that’s almost always in motion.

5) Under Siege 2: Dark Territory (1995) - While this is hands down the cheesiest entry on the list, Steven Seagal’s return appearance as ass-kicking Navy chef Casey Ryback is actually one of the most enjoyably over-the-top Die Hard clones produced in the 90s. Faci 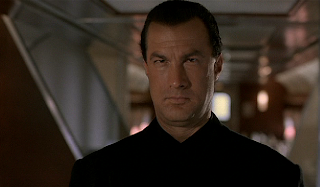 ng off against loopy hacker Eric Bogosian and lethal mercenary Everett McGill, Seagal is in fine form, snapping limbs, unloading guns and delivering whispered wisecracks with admirable aplomb. Dark Territory also deserves credit for the creative means in which it dispatches its motley crew of villainous goons, many of which experience the very worst that can come from being careless atop a speeding train. Although the flick kinda jumps the tracks into bad CG-hell during the climax, this second Under Siege moves at a full clip and offers action-fans the exact ride they were no doubt hoping for.

4) Runaway Train (1985) - The film most noticeably similar to Unstoppable (The Denzel Washington flick even bore the same title during shooting), Andrey Konchalovskiy’s Runaway Train stars Jon Voight and Eric Roberts as a pair 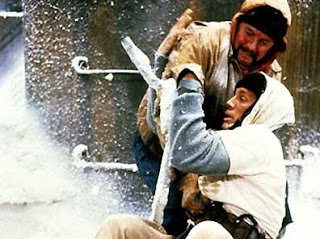 of escaped convicts who find themselves trapped on an out-of-control Alaskan locomotive without an engineer or even brakes. Teaming up with a young railroad worker (Rebecca De Mornay, an early crush of mine), the two prisoners must put aside their own self-interests in order to survive long enough to enjoy their newly-found freedom. Both Voight and Roberts received Oscar nods for their impressive work in Train, which is the rare big-budget thriller that trusts its characters, not the spectacle, to do the driving.

3) Murder on the Orient Express (1974) – The great Ingrid Bergman won a third Oscar for her supporting turn in this cheeky Agatha Christie adaptation directed by heavyweight auteur Sidney Lumet. Bergman’s character, a timid Swedish missionary, is but one of a handful of murder suspects being interrogated aboard the attractive titu

lar train by unorthodox sleuth Hercule Poirot (Albert Finney) over the brutal death of businessman Richard Widmark. While Orient doesn’t fit within the thriller genre as tidily as the other four entries, Lumet and Finney give each verbal showdown its own distinct feel and captivating energy, and the filmmaker steadily raises the stakes to near-dizzying levels. Co-starring esteemed talents such as Lauren Bacall, Sean Connery, Anthony Perkins, Martin Balsam, Jacqueline Bisset and Vanessa Redgrave, Murder on the Orient Express is an enthralling first-class affair.

2) The Narrow Margin (1952) – Arguably the most obscure title on the Top 5, this Richard Fleischer (Soylent Green, Fantastic Voyage) film noir is a lean, mean, 70-minute exercise in tension and black humor. The 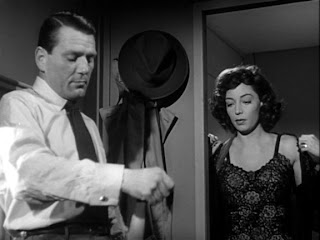 picture follows hard-edged cop Walter Brown (gravel-gargling Charles McGraw) as he attempts to safely transport a gangster’s moll-turned-informant from Chicago to L.A. aboard a crowded train populated with ruthless assassins and mysterious characters who may not be who they seem. Brimming with sharp dialogue and surprising twists, The Narrow Margin is a memorably sly entertainment that’s well worth hunting down.

1) The Lady Vanishes (1938) – One of Hitchcock’s finest masterworks, Vanishes stars Margaret Lockwood as a rich young woman who discovers that a fellow passenger, a kindly elderly lady played by Dame May Whitty, has, well, vanishe 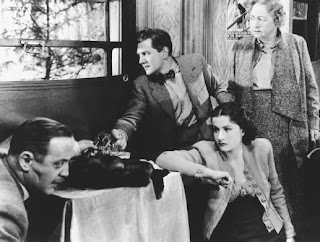 d without a trace. However, as she attempts to convince those around her that the senior traveler has disappeared, she comes to realize that no one aboard will admit to ever having seen the woman in the first place. Equal parts psychological thriller and espionage tale, The Lady Vanishes displays all of the wit, charm, suspense and technical daring one can expect from a film bearing the brilliant director’s fine name. An unforgettable classic on any list.
Posted by Cam Smith at 3:38 PM