Film Review - COP OUT and THE CRAZIES 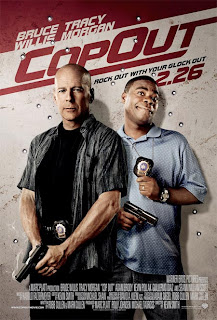 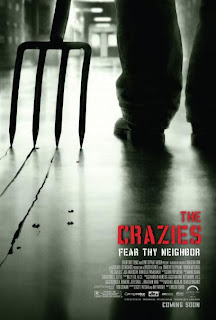 In Hollywood, where reputation largely lives or dies on the box-office strength of your last endeavour, industry redemption is a highly sensationalized and much-sought after achievement. Currently unspooling in multiplexes are the latest works by two notable directors, bearing wildly dissimilar aesthetic sensibilities, who have, nonetheless, taken curiously parallel courses in attempting to restore their good name. Indeed, both Kevin Smith, the foul-mouthed indie icon, whose Zack and Miri 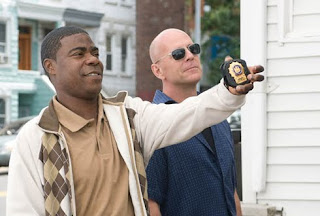 Considering Smith’s proven affinity for penning hilariously honest and snarky dialogue, it’s baffling what drew him to the script for Cop Out, written by Robb and Mark Cullen, a patchy, cliché-ridden snoozer about Jimmy Monroe (Willis) and Paul Hodges (Morgan), two NYPD detectives running afoul of a too-vicious-to-be-remotely-comical Mexican gang while on the trail on a stolen baseball card (Don’t ask). Overlong, tonally inconsistent and laugh-deficient, the mov 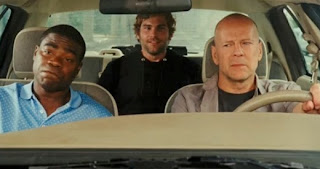 ie feels stuck somewhere between toothless satire and unimaginative copycatting, with the director reluctant to commit either way and relying solely on his floundering charismatic cast to give the hopeless enterprise some sizzle – a task only Jason Lee, as Monroe’s ex-wife’s beau, and Seann William Scott, playing an obnoxious parkour-master thief (!), manage. I have no idea how long the screenplay sat on the shelf, but there are precious few – if any - pop-culture references less than a decade old (Do kids still giggle over the phrase “All your base are belong to us”?). There’s an interrogation sequence, in which Hodges runs through a gamut of tired film references, where you have to wonder why a notorious comic-book fanboy like Smith wouldn’t at least take the opportunity to poke fun at the infamous Batman/Joker police station stand-off from The Dark Knight. Does the world really need more Scarface, Star Wars and Jaws homages?

However, Cop Out’s greatest fundamental flaw is that we never believe for a second that the two protagonists exist in the same cinematic world, much less like each other. While Willis is rigid-as-a-board straight and visibly bored, Morgan, cartoonishly over-enunciating every single word and wearing a lobotomized smile, seems to be 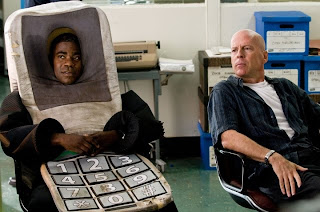 channelling Cuba Gooding Jr.’s Radio persona (Pay close attention to how his co-stars always speak to him in noticeably condescending tones). It’s hard to fathom Hodges even being able to properly dress himself, much less wield arms and enforce the law. Although I suspect that Smith was aiming for Lethal Weapon or Beverly Hills Cop territory, his two stars’ utter lack of chemistry, and the film’s insipid approach to such time-worn material, ensure Cop Out a lowly place alongside misfires like Showtime, Red Heat and Hollywood Homicide.

Somewhat unexpectedly, Breck Eisner more than upstages Smith in the genre-department with The Crazies, a gritty, wicked little nugget of gore-hound gold with a great premise involving a virus turning a sma 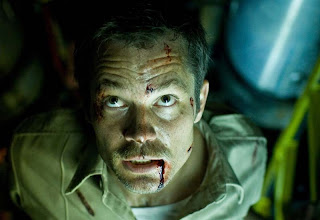 ll Iowa town’s aw-shucks population into homicidal maniacs. Overcoming budget limitations by stylishly swinging for the figurative fences, the helmer utilizes all of his considerable skill and bags of tricks in staging viscerally effective sequences of macabre suspense, including a disquieting scene of a mother and son hiding in a closet from the diseased man of the house lumbering across the creaky floorboards just outside, a spectacular runaway bone-saw gag and, even better, perhaps the best scary use of a car-wash ever put to celluloid (I kid you not!). 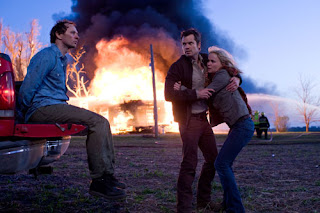 and Joe Anderson, as an increasingly-erratic deputy. They are crucial to selling the flick’s more predictable moments and manage to make their characters’ epic quest to escape both the deranged murderers and the aggressive military forces seeking to isolate and exterminate the infected, emotionally compelling and entirely engrossing.

Sure, The Crazies is far from perfect – the logic behind the virus’s symptoms is often really iffy and there’re a few too many instances of characters stupidly wandering off on their own - but it has verve and en 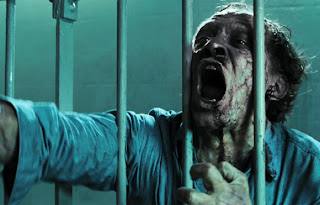 ough black humour and attitude to make it stand-out amidst the never-ending onslaught of tedious cash-grab horror carbon-copies. The picture understands exactly what it is, what it’s going for and what it needs to do to efficiently push the audience’s buttons – three invaluable pieces of movie-making insight that so obviously escaped Kevin Smith when he signed on to Cop Out.