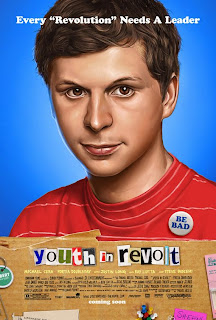 Michael Cera was born to play a character named Nick Twisp. With his unabashedly earnest demeanour, dark, frightened rabbit eyes and graceless, lanky frame - which frequently seems to be trying to burrow within itself – the star has shown a masterful knack for portraying sheltered, neurotic adolescents longing to break out of their awkward shells, but lacking the resolve to overcome their own self-imposed strict moral and emotional boundaries. It’s a winning schtick that has served him very, very well, in comedies ranging from terrific (Superbad, Juno, TV’s Arrested Development) to unbearable (Year One, Nick and Norah’s Infinite Playlist), and more or less carries Youth in Revolt, a reasonably entertaining adaptation of C.D. Payne’s absurdist novel.
When we first meet Youth’s put-upon protagonist, he’s a sensitive, V-card carrying soul, enamoured with Frank Sinatra music and art-house cinema, living in an insufferable household presided over by his strumpet mother Estelle (Jean Smart) and her pathological liar boyfri 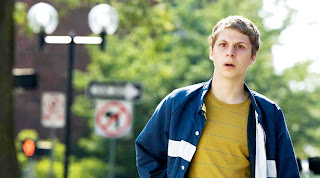 end Jerry (Zach Galifianakis). Invisible to his female classmates, forlorn Nick finds his life fortuitously turned upside-down when, during an abrupt family lake-side vacation, he meets the beautiful Sheeni Saunders (Portia Doubleday – walking the thin line between innocent and erotic as tantalizingly as if starring in a Lolita remake), a fellow frustrated teen desperate for companionship. However, when the Twisp clan decides to return home, placing the two not-quite-lovers’ union on excruciating hold, the dejected Nick devises a labyrinthine scheme to reunite with the object of his unbridled infatuation.
Inspired by the flamboyant bad boys of new wave cinema, our wishy-washy hero creates a moustachioed nogoodnik alter ego dubbed Francois Dillinger (who alternately looks to have escaped from the Beastie Boys’ “S 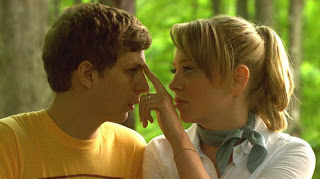 abotage” video), a foul-mouthed anarchist bent on destruction and manipulation in the name of sexual conquest. After one of the doppelganger’s chaotic acts results in arson, Nick, a wanted man, retreats back to his vacation destination, underachieving father George (the oh-so invaluable Steve Buscemi) and 25-year-old trophy girlfriend Lacey (Ari Graynor) in tow, with the intent of continuing his romance with Sheeni – a plan which promptly crumbles when he discovers that she has been sent away to boarding school. So, with Francois once more off-the-leash and running wild, Nick sets out on a single-minded quest to win Sheeni’s hand anew, regardless of laws and consequences.
This feverishly hormonal split-personality odyssey gives Youth in Revolt its novel spark. Although Cera can still effortlessly draw laughs by gawkily muttering ver 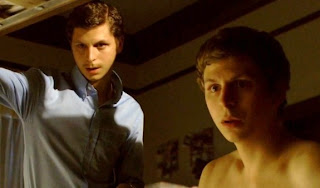 bose non sequitors or attempting to save face when any chance for preserving dignity is long past, his bold portrayal of Francois reveals previously unwitnessed dimensions to the actor. Hiding behind an ever-present cigarette, blue contacts, and tight-fighting wardrobe, and speaking in an octave or two lower than his usual gentle pitch, Cera projects a convincingly monstrous id; a hilariously comedic study in unflappable self-assurance in the face of conscience, logic and reason. He’s a fun creation – one the film would have been better-served utilizing more of – and, when contrasted against wimpy Nick Twisp, there’s genuinely sharp chemistry. It’s one of the better examples of an actor playing duelling roles in recent memory.
It’s too bad that the movie, directed by Miguel Arteta, isn’t working on the same elevated level. Despite being only 90 minutes long, Youth in R 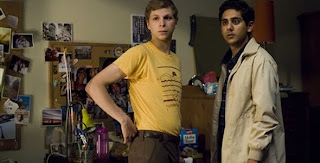 evolt’s pace has an unfortunate tendency to flag during the increasingly scattered, overly wacky latter sections. This problem is an inherent flaw in the script by Gustin Nash, which, in attempting to distil Payne’s 500+ page book, often short-changes characters, such as Jade Fusco’s Bernice Lynch, Buscemi’s Twisp Senior and Graynor’s impulsive Lacey, who feel set up for far more than they ultimately pay off. Most grating, though, are the prominent animated segments that, besides not being remotely amusing, feel precious and obnoxious; a thin attempt at drawing in the hipster crowd.
Luckily, even with the obvious under-writing and condensing, the film’s star-packed cast often matches Cera’s strong work, and help 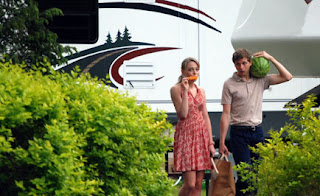 to ease out the narrative bumps and diversions. Adhir Kalyan, playing Nick’s new high school friend, almost steals the show entirely during a road-trip section – easily the flick’s strongest detour - where the duo crashes Sheeni’s French-Only boarding school. Equally effective, in smaller roles, are Ray Liotta as a cop with lusty eyes for Mrs. Twisp and Fred Willard, who earns the film’s single biggest laugh, as a nutty, uber-liberal neighbour.
Youth in Revolt is a fairly typical January release; an amiable and breezy watch, with some enjoyable turns, which will pr 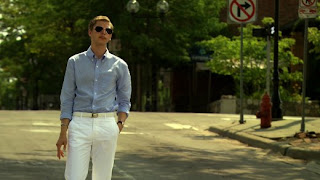 obably play better on a lazy night in front of the idiot box than in the multiplex. Although the movie is loaded with the expected sexual innuendos and vulgar language, the tone feels too safe and restrained, reluctant to truly explore the darker avenues that its hero recklessly wanders down. Frankly, I wish Arteta had spent less time trying to emulate genial ol’ Nick and more time embracing his own inner-Francois.