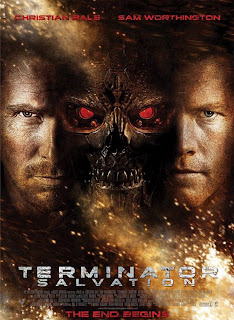 Remember that poignant scene in James Cameron’s 1984 classic The Terminator when, during a temporary lull from Arnie-fuelled mayhem, time-travelling resistance hero Kyle Reese looked into actress Linda Hamilton’s anxious, determined eyes and, with unabashed sincerity, told her: “I came across time for you, Sarah. I love you. I always have.” That solitary moment, which choked up an entire generation of hard-wired action fanatics, single-handedly elevated the film from its B-movie genre roots and flashy hardware and pyrotechnics, and exposed a very gentle, organic heart at its core. The Terminator, and its two sequels to varying degrees, understood that the enduring strength and, dare I say, beauty of the series laid in its ability to thematically explore the human condition, and stress the importance of mankind’s compassion, inner-drive and ingenuity, and willingness to fight for greater ideals, in defining and separating us from the omnipresent technology around us.

Regrettably, it pains me to say, the fourth film in the venerable science-f 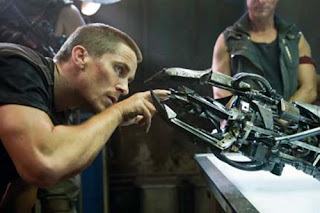 iction franchise, the semi-pretentiously titled Terminator Salvation, seems less inspired by the integrity of mankind, than by the metal marauders clomping noisily around the frame. It’s technically state-of-the-art, unyielding and callous, devoid of higher-brain function or, most importantly, a soul.

Set in the washed-out, post-Judgment Day landscape of 2018, Salvation picks up a few years after the events of T3, as small fractured bands of resistance fighters across the globe battle valiantly against the sinister Skynet p 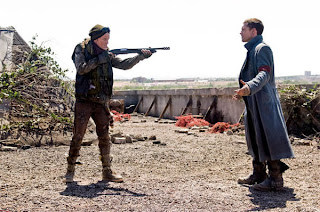 rogram and its army of deadly Terminator machines. Acting as the voice of dissent is John Connor (Christian Bale), a battle-weary pillar of strength, who is destined to one day lead mankind to victory. Under constant attack from tin-plated killers and at odds with his unfathomably stupid superiors, Connor and his men have discovered a new signal-weapon which may help turn the tide of the conflict.

Conversely, across the blistered warzone, a mysterious figure named Marcus Wright (Sam Worthington) has emerged, mud-caked and amnesia-addled, onto the scene. A former death row inmate, who possesses a secret which makes him as much an asset as a threat, Marcus quickly comes into contact with the youthful Kyle Reese (Anton Yelchin), a resourceful reb 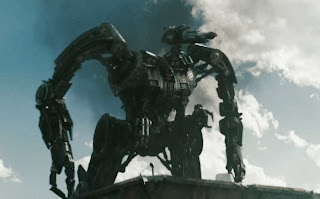 el whose continued survival is vital for humanity’s future. However, after Reese is captured by a gargantuan “Harvester” Terminator, Wright finds himself brought into contact with the intensely guarded Connor who, for the possible advancement of his cause and continued livelihood, must choose whether or not to trust this capable stranger of dubious origin.

Directed by Charlie’s Angels mastermind McG, Terminator Salvation feels curiously distant from its forebears, which mixed rudimentary science-fiction-based ideas amongst the skull-rattling chaos and propulsive pursuits. To be sure though, the helmer does present some memorable on-screen mech-anarchy, such as during a grittily constructed burnt black-top chase featuring an u 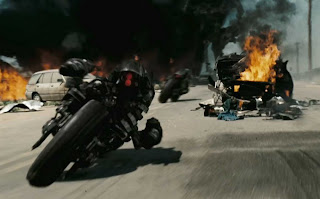 nwieldy plow-truck and automated machine-gun firing motorcycles, as well as in a visceral Children of Men-style helicopter attack. Those attending the film for pure action-porn will no doubt be more than satisfied, and McG shows a real flare for comprehensible, large-scale pandemonium – although he visibly needs work on his close quarters combat shooting, judging from the film’s clunky climactic mano-a-machino bout – and his clever blending of CG and practical elements goes a long way towards not breaking Salvation’s spell.

But to quote Macbeth (original, I know), the whole concussive enterprise feels like a whole lot of sound and fury signifying nothing. The script, by T3 writers John D. Brancato 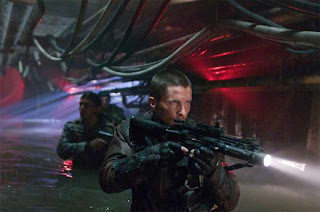 and Michael Ferris – not to mention numerous uncredited scribes – feels vacant and anticlimactic. Rather than build a compelling universe, or craft characters who feel like more than cardboard place-holders (Worthington and Yelchin being the only exceptions), the filmmakers were either entirely placing their faith on future sequels to provide detail or interest, or were simply in it for a quick ‘n easy paycheck. It’s all somewhat aggravating, especially when one considers how the Marcus character could have been used intelligently to further expand and redefine the series’ long-held thematic focus. 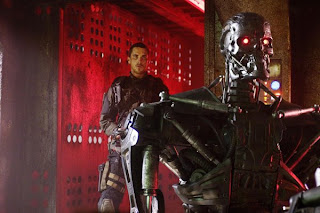 s diet – who is a one-note bore, and never remotely convincing as a prospective iconic warrior-leader who could rally and inspire the faith of his people. Gruff and short-fused, he’s consistently unpleasant to watch and, more than once, comes close to crossing into self-parody, as when he heatedly barks orders at a quivering mute girl.

Perhaps what makes Terminator Salvation all the more disconcerting is that it feels factory-assembled and joyless. Unlike James Cameron’s first two films, it’s perfect 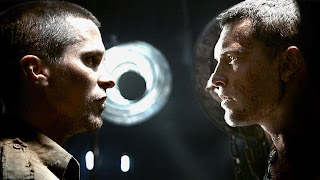 ly content to pay short-shrift to its legacy and aim solely for the empty-calorie thrills of a witless contemporary generic blockbuster. After two silly hours it becomes impossible to differentiate between the deteriorating glow emanating from a mutilated Terminator’s crimson-red eye and the franchise’s once vibrant creative spark slowly being snuffed out.