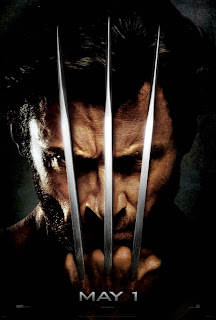 If films such as Spider-Man 2, Iron Man, X2 and The Dark Knight were the filet mignon on the wildly popular superhero movie menu, X-Men Origins: Wolverine is the soggy, half-eaten cheese sandwich in the dumpster out back. Slapped together, flavourless and useful only as filler for the most desperately starved, it’s an embarrassing addition to a genre that has provided numerous visionary talents with an excitingly colourful foundation in which to explore diverse themes such as societal order, human prejudice and the importance of faith. Perhaps in a fascistic effort to dissuade the audience’s potential formation of interesting ideas or emotional responses, Wolverine is a lifeless slog through the most worn-out of movie revenge-tale tropes, stripped of intriguing subtext and over-stuffed with an endless onslaught of under-baked mutants and Commodore 64-rendered CGI. Sadly, the only primal howls emanating from the multiplex will likely be those of the perturbed legions of disgruntled X-fans. 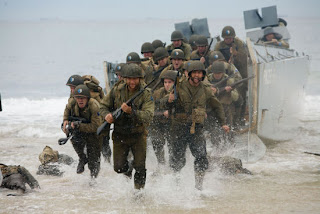 eclared until 1867), we witness lil’ James Howlett, the future Wolverine, as he pops his bone-claws for the very first time and inadvertently murders his shadowy birth-father. Escaping into the woods with his tough older half-brother Victor Creed, the siblings almost instantaneously morph into Hugh Jackman and Liev Schreiber as a visually dazzling opening credits sequence follows their ferocious military careers through every major American war up until the early seventies. However, after Victor’s innate sadism callously exposes itself in ‘Nam, the disorderly duo is thrown in the brig, only to be rescued by the mysterious General Stryker (Danny Huston) who, as his kind are akin to do, is anxious to utilize these super-powered killing-machines for his own nefarious aims. 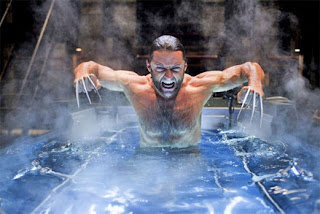 isecracking ninja Wade Wilson (Ryan Reynolds – whose casting and role echoes The Rock’s appearance in The Mummy Returns) and burly strongman Fred Dukes (Kevin Durand), James and Victor begin taking part in brutal covert operations. Eventually sickened by the immoral actions of his teammates, James deserts the group and begins a peaceful six-year Canadian existence, lumberjackin’ and romancin’ comely school teacher Kayla Silverfox (Lynn Collins). Nonetheless, not one to forget the past, Stryker unleashes Victor onto his former employee’s idyllic life and tricks him into volunteering for the top-secret Weapon X program, which glazes his bones with the indestructible metal Adamantium (a surprisingly brief procedure). However, after the truth of Stryker’s motives is revealed, James finds himself a hunted ma 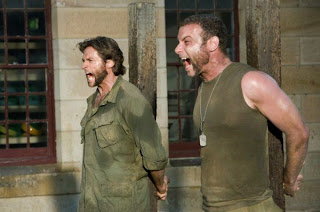 n run, forced to contend not only with Victor and the General, but also a deadly new adversary known as Weapon XI.

X-Men Origins: Wolverine’s most crippling problem is that, instead of telling it’s not-completely-hopeless tale through nuanced character-driven story-beats, director Gavin Hood – who apparently possesses the mutant power to uncannily suck the life from any scene - and writers Daniel Benioff and Skip Woods have lazily structured their film like an out-dated arcade game. Wolverine – neutered by a script which reveals none of his characteristic fury or torment - must repeatedly complete a set series of necessary tasks before facing off against a “cool” mutant o 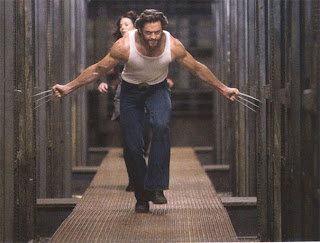 pponent who, upon being defeated, provides the necessary information to lead to the next level, er, plot development. This clumsy aesthetic even spills into the ludicrous climactic face-off with end-of-game boss Weapon XI – who actually is computer-controlled and even possesses his own Mortal Kombat-esque "fatality" move – where the villain gradually reveals new powers depending on the number of hit-points Wolvie has scored against him.

Furthermore, like a game, the majority of the characters are defined solely by their individual special abilities. Mutants such as John Wraith, Bolt (Dominic Monaghan) and Agent Zero (Daniel Henney) shuffle onto the screen, engage in some chee

sy CG-trickery, and then are hastily forgotten. Even charming fan-favourite Gambit (Taylor Kitsch), who is realized quite well, is little more than an uninspired “deus ex machine” device, repeatedly popping up simply to help Wolverine get from point A to B. Only Schreiber’s vindictive Victor (aka Sabretooth) overcomes the scripts’ awful dialogue and grade school plotting. He’s so charismatic that we can almost believe that it would take Wolverine over a hundred years to realize the dude wasn’t worth hanging around with.

Judging from the litany of confusing, muddy action scenes and horrendous effects on display, best witnessed during Wolverine’s initial discovery of his metal claws, as well as in a very special cameo straight out of The Polar Express, it’s impossible to d 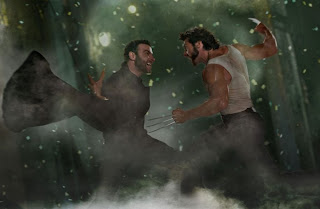 ecipher where the film’s reported 140 million dollar budget went. In an age when summer blockbusters consistently push the boundaries of what Hollywood magic and comic-book storytelling can accomplish, X-Men Origins: Wolverine should be ashamed to show its lethargic, weary face. Unfortunately, those hoping for the X-traordinary will have to settle for X-cruciating X-asperation.