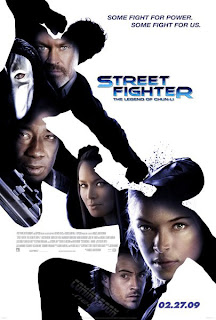 Remember those golden days of yore, when Street Fighter II ruled the arcades? A simpler time, it was, filled with glorious Sonic Booms, concussive Hadoukens and earth-shattering Tiger-Uppercuts. It was a precious period in my life, before the perils of school, work and romance, where the most daunting of tribulations could be defeated with a well-timed flash-kick. No offence to Kevin Arnold, but the early nineties were the TRUE wonder years!

So when I heard that ‘ol Hollywood was launching a new ass-kicking adaptation, it was hard no 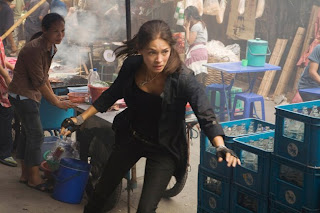 t to let a small part of my inner-nerd bask in the fan-glow. I mean, sure, lessons were learned from the fromage-o-rific Van Damme quasi-epic Street Fighter: The Movie – which was packed with more stealth boats, cartoonish flexing and corny speeches than you could spit a Yoga Flame at! – but c’mon, that clown-show set the bar so low that there was no feasible way that Street Fighter: The Legend of Chun-Li could possibly be any crappier, right!? Right???
In a noticeable attempt to sidestep the slavish faithfulness of the 1994 original, which stirred almost tw 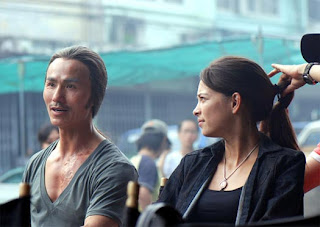 enty game characters into an over-caffeinated smorgasbord of chop-socky Chop Suey, The Legend of Chun-Li has taken the reverse course and ignored nearly everything to do with the Capcom classic. Instead, we now tag along with the petite Chun-Li (Smallville’s Kristen Kreuk), a Julliard trained concert pianist who also happens to be skilled in the Chinese martial art of Wushu. After her loving father is kidnapped by the evil (vaguely Irish) business tycoon Bison (Neil McDonough), she begins a transformative journey of discovery which owes more than a handful of quarters to Batman Begins.
Living on the mean streets of Bangkok, Chun-Li begins an unconvincing, earnestly narrated descent into the criminal underworld before meeting Liam Neeson... Or rather Robin 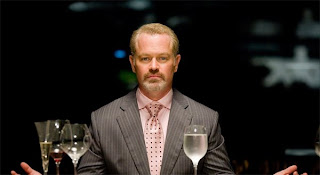 Shou, playing the Neeson role, as Gen, a martial arts master who leads the secret organization Order of the Web. (I counted two members) In a series of training sequences, Gen schools our diminutive heroine in the sacred arts of high-kicks and fireball throwing, all the while spouting platitudes about lacking focus and not giving in to anger. Proving a quick study, our little ninja pixie is soon ready to rumble, and investigating Bison’s nefarious criminal plot which involves, wait for it, crooked real estate dealings! (Boo! Hiss!) Teaming up with rugged, greasy Interpol agent Charlie Nash (Chris Klein – more on him later) and his cleavage-flaunting partner, Det. Maya Sunee (Moon Boobgood, er, Bloodgood.), Chun-Li must face off against Bison’s hired assassins’ Balrog (Michael Clarke Duncan) and Vega (The Black Eyed Peas’ Taboo), before facing the big, bad end-of-level boss himself.
Le sigh. It almost pains me to admit that all of this exhausted material is played out with grim sincerit 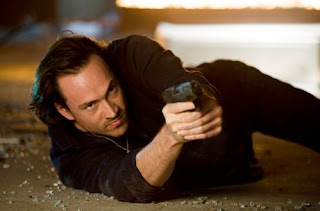 y and nary a stealth boat on the horizon. Helping to ease the pain though, is American Pie alum Klein, as the swaggering Nash, who scores a home-run with a truly oddball performance. In a moment of campy genius, the actor, accompanied by gangsta rap on the soundtrack, struts boldly towards the camera before slyly announcing - to no one in particular – “I love this job!”. Arguably inspired by equal parts Cobra, Tango & Cash and Miami Vice, Klein is an absolute hoot every second of his screen-time. The hell with The Legend of Chun-Li, I want to see The Sexy Adventures of Charlie Nash!
Tragically, instead of following Klein’s possibly stoned hep-cat act, the remainder of the cast are a bunch of Blandy McBlandersons, though Kreuk does have a hilarious momen 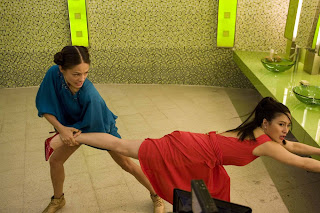 t where, in an attempt to draw the attention of Bison’s lesbian henchwomen in a dance club, she seductively “steps up to the streets”/“stomps the yard” (I’m too square to tell the difference). Another memorable bit involves Bison’s bat-shit crazy origin, which features magic caves and child-birth through mega-punching. Ouch.
The fight scenes are all over the map, with an early scuffle between Chun-Li’s father and Balrog probably the highlight due to its inclusion of flaming hands. The rest, particularly those featuring Kreuk, are packed with stupid wire-work and noticeably jagged editing, used to hide the star’s lack of fighting prowess. Additionally, the decision to stage a climactic gun fight between two teams of black-clad participants in the dark was, putting it mildly, imbecilic.
Still, The Legend of Chun-Li is almost charming in its incompetence, and I couldn’t help but feel a twinge 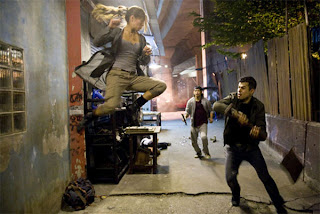 of pity when the clearly delusional filmmakers trotted out a last minute sequel teaser. When your film can’t improve upon the sight of a sickly Raul Julia flying through the air in a bright red super-suit, it’s probably time to move on. Despite the presence of a cute star and lots of pyrotechnics, this film confirms that, when it comes to Street Fighter, Hollywood doesn’t know which buttons to push.
1.5 out of 5
*Originally printed in SFU's The Peak: March 9th, 2009.
Posted by Cam Smith at 2:03 PM