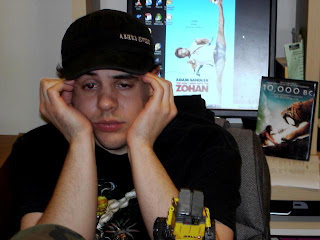 Howdy folks, here's the companion piece to my "Best of" list from last week. Unlike that particular list, it was not an awe-inspiring task to find ten cringe-inducing films to fill out a proper compilation of cinematic suck-fests. It actually pains me to exclude Hancock and Eagle Eye from the main body of the list, but what can you do? I should also mention that I never got around to checking out The Love Guru or Twilight, I'm content with the amount of dreck which I did manage to witness. As an aside, I'd just like to throw out my opinion that Revolutionary Road was the worst of the Oscar-bait flicks this year, but was obviously nowhere near as awful as what follows. Enjoy, for I sure didn't...

1) "YOU DON'T MESS WITH THE ZOHAN." aka "Adam Sandler Hates U 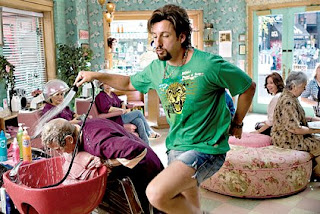 s All!". No single film on this list was anywhere near as unpleasant a viewing experience as Sandler's latest crime against humanity. A dismal attempt at mining humour from animal cruelty, groan-worthy sex jokes and flippantly irresponsible racism, Zohan is a black hole of comedy which over and over again attempts to earn laughs through sheer mean-spiritedness. There's truth in the title though, as sitting in the theatre for what felt like eternity, I realized that life would have been better had I not messed with Zohan at all.

2) "10,000 BC." Remember the famous scene in Stanley Kubrick's 2001 where a prehistoric man continually beats his fallen opponent over the head with a 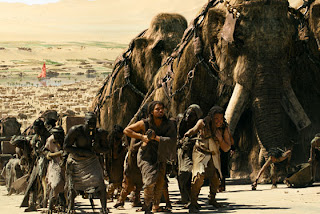 bone until he's dead? Stretch that scene out to 109 minutes, and you can imagine the agony of enduring director Roland Emmerich's latest patience-tester. Featuring a cast of wooden model-types in fur outfits and bad wigs battling ravenous giant ostriches (!) and poorly rendered mammoths, the film would be a kooky riot if it didn't take itself so flippin' seriously. Instead, it's a gloomy reminder of how completely empty a slap-dash CG-fuelled action epic can be. 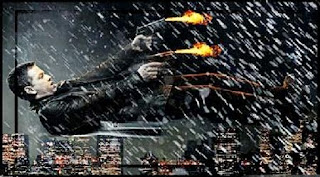 he year for wretched Mark Wahlberg performances (See entry #9 as well), as evidenced by this lobotomized video-game adaptation. Seemingly impersonating a corpse, and communicating only through grimaces and mumbles, Wahlberg wades sullenly through a Sin City-on-downers universe filled with inexplicable demonic angels and an all-too-perky Mila Kunis. I'm not sure what director John Moore had in mind when pasting this schizophrenic, catatonia-inducing mess together, but the film's eye-rolling bullet-time action scenes had me almost wistfully yearning to revisit the Matrix sequels. And that is just plain wrong! 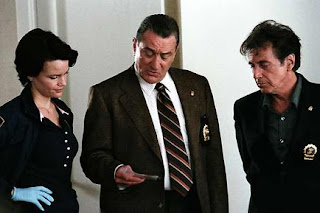 nce amazing vitality under a blanket of sour, dour glumness in this dreary cop thriller co-starring a David Lynch-haired Al Pacino. From the now-bloated De Niro's stomach-turning rough-sex scenes with the gorgeous Carla Gugino, to a hilarious little moment where the 68-year-old Pacino inexplicably springs into ninja mode, Righteous Kill packs all of the tediousness and bungling production values of a late night made-for-cable sleep-aid.

5) "THE CHRONICLES OF NARNIA: PRINCE CASPIAN." It seems u 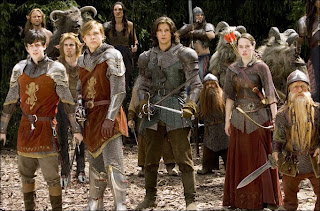 nthinkable that Disney, a studio famed for unbridled creativity, could produce a two-and-a-half hour fantasy epic devoid of a single original idea or second of fun. Rather, Prince Caspian is a badly acted, overstuffed bore which rips all of its ill-fitting parts from better films such as Lord of the Rings, 300 and Shrek 2. The Mouse House made a smart move in unceremoniously dumping this soggy franchise, as another trip to Narnia would all but guarantee fewer trips to theatres. 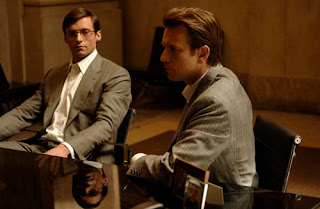 7) "PROM NIGHT." Who was the MENSA genius that concocted the bright i 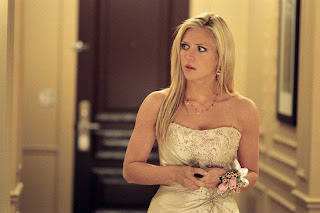 dea of producing a PG-13 rated slasher flick bereft of scares and, well, slashing? Watching the "film", it's hard not to pity the attractive and usually talented Brittany Snow, who is made to look like a High School drama drop-out. As she braves an endless series of false scares, insipid, tone-deaf dialogue exchanges and encounters with a very oily Johnathon Schaech -whose inexplicably odd eyebrows are far more disconcerting than any of the bloodless (off-screen) slayings – we begin to realize that the most gruesome aspect of the film lies in the sheer number of career suicides simultaneously occurring on-screen.

8) "DIARY OF THE DEAD." It appears that George A. Romero, the horror icon behind the fright classics Night of the Living Dead and Dawn of the Dea 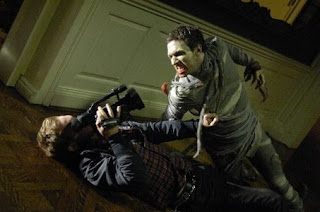 d, has become infected with the same mind-rotting virus which produces his shuffling, brain-dead zombies. How else to explain this pathetic and shallow attempt at satire which features an annoying band of unconvincing film students, who spit an endless barrage of childish, leaden criticisms relating to media culture, all the while capturing a zombie invasion on hand-held cameras. By the end of this stagnant snoozer, one can't help but be bored as stiff as one of Diary's many undead antagonists.

9) "THE HAPPENING." Mark Wahlberg's second entry on this prestigious li 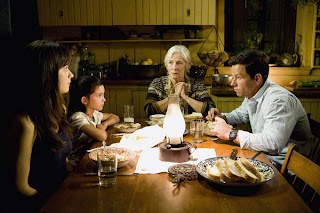 st comes courtesy of once great, now disgraced director M. Night Shyamalan's gloriously campy killer-plant blockbuster. Featuring stunning moments of camp-tastic excess, such as arm-eating lions, a sputtering, hand-slapping, head-smashing Betty Buckley and numerous shots of mannequin-like characters musing about hot dogs and attempting to outrun the wind, The Happening is a momentous achievement in so-bad-it's-good cinema. As well, between this film and Nic Cage's The Wicker Man, it's safe to say that a moratorium is officially now in effect against any and all film dialogue which dares to mention, reference or pertain to bees or bee-related activities.

10) "STAR WARS: THE CLONE WARS." As a long-time Star Wars apologist, watching George Lucas' latest perversion of his once revered space opera series was akin to being successfully repr

ogrammed after escaping the warped confines of a brain-washing cult. After being subjected to this cheap animated bottom-feeder, which features slug-like homosexual caricatures, jailbait Jedi's and a wailing Hutt baby referred to as "Punky Muffin", I now recognize the true horror and perversity that the disenfranchised masses had long seen seeping into their beloved universe. It's tragic that, unlike Darth Vader, Lucas has proven that one doesn't require a Death Star to destroy a galaxy...

Dishonourable Mentions (In no particular order): "THE SPIRIT", "HANCOCK", "EAGLE EYE", "JUMPER", "THE DAY THE EARTH STOOD STILL", "BE KIND REWIND", "LEATHERHEADS", "THE MUMMY: TOMB OF THE DRAGON EMPEROR".