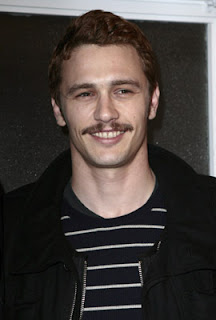 Every now and again, a great film manages to arrive at the perfect time and place, when the political zeitgeist seems to cry out for a brilliant all-encompassing artistic statement. Acclaimed director Gus Van Sant’s triumphant new film, Milk, is such a movie. Starring Sean Penn, the film chronicles the life and untimely death of Harvey Milk, who in 1977 became the first openly gay man elected to American public office. With the recent passing of California’s Proposition 8 -an act which officially restricting same-sex couples from entering into holy matrimony- Milk has suddenly achieved an unexpected level of relevance in our culture, which may help the emotionally stirring, yet hard-to-market film find its way into the hearts and minds of mainstream viewers. 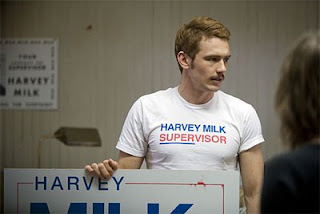 al decision was lurking behind every question. The talented young actor, previously featured in crowd-pleasers such as Pineapple Express and the Spider-Man series, was initially drawn to the film, not so much its issues, but rather as a chance to work with the esteemed director.

Franco, who proudly labels himself “the biggest Gus Van Sant fan”, fondly remembers repetitively watching the auteur’s indie classics My Own Private Idaho and Drugstore Cowboy. “This was before I was doing any acting”, he recalls, reminiscing that “I just fell in love with his movies”.

After meeting Van Sant through mutual friends, Franco says “I got to know Gus a little bit and then my agents called m 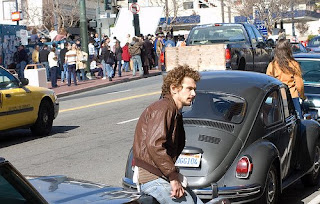 e and said [that he would be] doing Milk.” Motivated by the opportunity, he “did a little research on Harvey Milk, found out who he was, and found that Gus had been trying to do this movie for 10-15 years.” The director’s passionate dedication to the project, for the actor, promised “an amazing movie”.

In tackling the role of Scott Smith, the actor felt a deep-rooted responsibility to do his role justice. “It’s telling the life of a figure who meant so much to a lot of people, so I felt, and everybody who worked on the movie, felt a big responsibility to get it right”. In researching the role he began by watching Rob Epstein’s Oscar-winning documentary The Times of Harvey Milk, as well as poring over Randy Shilt’s non-f 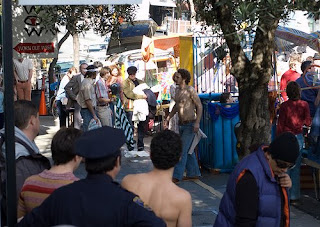 iction work The Mayor of Castro Street: The Life and Times of Harvey Milk. Ultimately, however, he found a more obscure source of inspiration in the form of “an old reel of film that had an interview with Scott Smith from thirty years ago that nobody had seen in all that time”. For Franco, this footage “was like a goldmine for seeing what he was like”.

As the film centres mainly on Penn’s Harvey Milk, Franco feels that “the real function of Scott in this movie is to show a real loving relationship”. The actor continues by stressing Scott’s important role as a “political wife”, who was “Harvey Milk’s partner for four years – the longest relationship of Milk’s life”. Similarly, Scott was present for all of the “big moments in [his] life” and ended up being “one of the main people to help carry on the memory of Milk”.

However, his performance aside, he hopes the film will help spread Milk’s message to audiences who yearn to end intolerance within society. Franco says “it’s sad that I didn’t know much about Harvey Milk growing up, and I think a lot of people don’t. They should know about him.” “He was an incredible politician who did some amazing things like helping overturn Proposition 6, which would have kept gay teachers from being able to teach in schools”. And while he admits that such education is unlikely to happen in High Schools anytime soon, he does argue that “it can certainly happen in universities!”

As for California’s Proposition 8, Franco, who voted “No” in an absentee ballot and later accompanied “Gus Van Sant and [Milk writer] Dustin Lance Black to one of the protest marches”, hopes that his film can help “tilt that fight”. However, he notes carefully, “Proposition 8 shows that change doesn’t just roll in and happen miraculously, it takes people to stand up and really make change happen”.

In terms of the Milk’s effect on the actor, he credits his experience in making the movie, along with Harvey Milk’s shining example, for stirring his own inner-activis 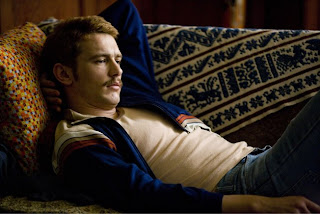 t: “It inspired me to help fight for civil rights for whoever. Obviously Harvey Milk was... a lot of his fight was for gay rights, but I think his example shows that I think you can be inspiring not just for people like you, but civil rights for everyone”. Franco takes a breath and continues: “When one group says “you can’t have the same rights as...”, to me that’s just wrong. I don’t care who the group is!”
Posted by Cam Smith at 6:05 PM