HALLOWEEN To Be Resurrected By A Zombie???

Okay, well, today's post isn't exactly "breaking" news... Rather it's pretty darn old. I'm really only doing it to appease those of you who feel that there should be a Halloween theme today. Well, here ya go!!! I hope you all choke on it! No, wait! Come back! I'm just kidding! Actually, it's a cool story that I'm actually looking forward to! What is it? Well, how many of you saw Halloween: Resurrection....?

I'm guessing a decent amount of you. You all know how bad it was! How ungodly a creation, spat out from the bowels of the darkest region of schlock cinema! A public defiling of a beloved horror icon! A quick pay-cheque for Jamie Lee Curtis! An acting showcase for Bustah Rhymes...

You could say I didn't think it was great. BUT, as was announced a while back, Halloween ain't dead (God knows they tried to kill it...)! Nope, next October will bring us a revamped, re-imagined version of the Halloween mythos, directed by none other than Rob Zombie, creator of the brilliantly off-kilter Devil's Rejects!

Now, there is reason for concern of course. Horror prequels are almost always bad. The public hasn't exactly taken to the streets singing the praises of Texas Chainsaw Massacre: The Beginning. There's also some dread about the impending Friday the 13th and rumored Nightmare on Elm Street prequels. I don't particularly await those last two with open arms... But, I believe strongly in the abilities of Rob Zombie.

Now, most who know me know that Zombie's '98 album Hellbilly Deluxe was responsible for introducing me to heavy metal (You don't want to know what I was listening to prior t

o that...), so I've always felt a certain respect for anything Zombie produces. That said, I thought his House Of 1000 Corpses was pretty lousy. It was a hokey rip-off of the Texas Chainsaw Massacre school of horror, that was really only notable for its bizarre atmosphere and killer performance by Sid Haig as Captain Spaulding. The Devil's Rejects, however, was nothing short of genius! It was quirky, disgusting, and unforgettable. It was everything it should have been and so very much more. It established Zombie's distinctive voice and gave me confidence about his future as a filmmaker.

So, when it was announced Zombie was gonna re-interpret Halloween, I was giddy. I've watched all 8 previous Halloween films and seen the highs (Personally, I'm partial to 1,2 & 4), and the grim lows (What the hell was going on in part 3???). Michael Myers is my favorite of the serial slashers and I think it's time people were properly reminded why he's such a classic figure in terror. Plus, it should be known that the original Halloween (Go rent it!) is severed head and shoulders above the rest of those that followed (Nightmare, Friday, etc.). So, if this one's half as good as that one, it'll still be better than pretty much every horror movie of the last 10 years or so (With a few exceptions, of course.)

Now, the film is scheduled to start shooting in January, with no confirmed cast at this point

(Though Zombie said he could see Jeff Bridges or Ben Kinsley as Dr. Loomis, Myer's adversary). Apparently Zombie is going to focus on the reason Michael Myers donned that William Shatner mask in the first place. There will be a deeper study on his childhood with greater detail given to Myer's psychology. Basically, he ain't just gonna give us a lunatic with a knife chasing a scantily clad teenie-bopper for 90 mins. He's going to give us a real horror film with fully drawn characters.

Zombie has stated that the mask will remain unchanged (We don't need a Jason X-style upgrade, thank you very much!), so there won't be any radical alterations done to Myer's image. Hopefully he chooses to keep the same music as well, as John Carpenter's 1978 Halloween score is the best of the horror film themes. Zombie's recent use of that theme as his opening music on his band's summer tour has put that concern to rest for me. 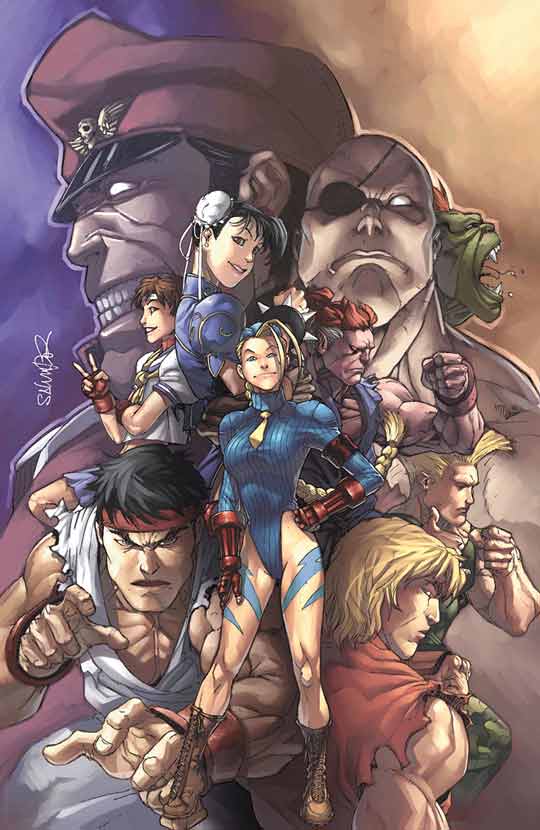 _____________
Moving on, I read an interesting article on www.cinescape.com today. Seems Variety is reporting that a deal has been reached that will result in a new Street Fighter film(!). Since the 1994 film was such a massive success (LOL), they've decided to go for round 2. This film will apparently focus away from Van Damme's Guile character ("Now, who wants to go home... and who wants to go with me?") and instead follow Chun Li (Played my Ming Na in the original).

I don't really know what to say about this one... The first is sort of a cheese-classic for me (My friend Tony often laughingly recalls the "stealth" boats from the climactic boat chase), so I'm not sure there's much point in this film. There's a reason no one remembers Plan 10 From Outer Space! You can only fly so close to the sun so many times before your wings melt off... I wonder if Chun Li will be a reporter again, with her wacky news crew featuring a sumo wrestler and a heavyweight boxer...

Either way, curiosity may lead me back to the theatre again. They better give my man Blanka his due though! He got screwed in the last one. Oh, and they better bring some Van Damme-age to the project! And fingers crossed for more stealth boats!


Okay, that's all from my end today! I'll be back later with more inane ramblings.

Oh, and if you're looking for a good Halloween rental here's some recommendations: the aforementioned '78 Halloween, the original Dawn Of The Dead or Night Of The Living Dead, Evil Dead 2, The Exorcist, Psycho (Don't think for a second I'm referring to the 1998 remake) or Poltergeist... Stay away from that I Know What You Did Last Summer/When A Stranger Calls/The Grudge/House Of Wax crap! And don't rent my Halloween 2000 choice: Ghost Town. It'll just put you to sleep...

Happy Trick or Treating!
Posted by Cam Smith at 2:08 PM